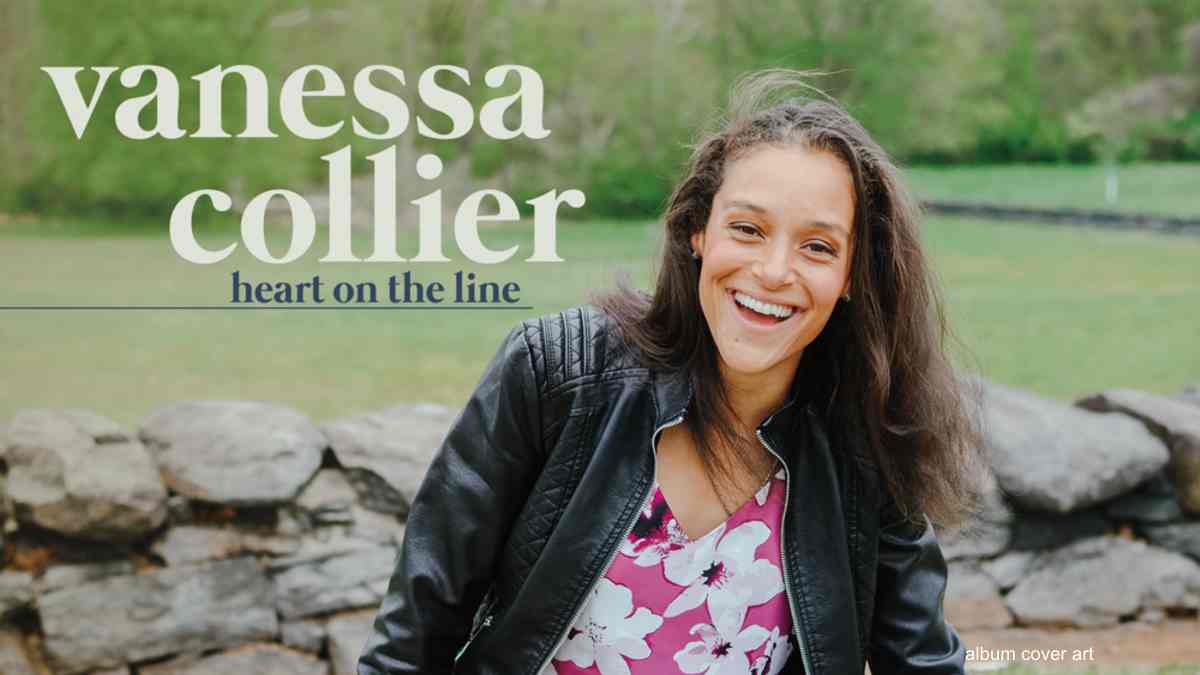 Vanessa Collier just released her new studio album "Heart On The Line" and to celebrate we asked her to tell us about the single "Bloodhound". Here is the story:

"Bloodhound" was so much fun to write, arrange, record, and produce. It's a story about a guy that just can't stay away from trouble - it's like he is drawn to it. The song takes you from the moment he gets into trouble, to when he's serving time in prison, to when he's released, but just about to be drawn in again by the howl of the bloodhound. I love the early delta blues stuff and just about anything on slide guitar - I especially love early Bonnie Raitt for her slide playing and vocals. So, I always wanted to learn slide guitar, not just guitar, but specifically slide guitar and I love the sound of a resonator. I recorded the slide part on this song on a tri-cone Republic resonator with slide and I just love how the song came out. I had so much fun setting the scene layering the background vocals to sound haunting, building tension throughout the verses. Laura Chavez's solo takes the song to the next level and is probably my favorite solo of hers on the record, but they're all amazing. You'll also hear some unusual things like chains, which were dropped on a piece of wood on the studio floor to give the impression that this man is chained to the bloodhound somehow. There are a lot of layers in this story song and I think it rivals some of my favorite songs that I have written so far - hope you enjoy this song as much as I did writing and recording it!