Metallica Share 'The Memory Remains' Video From Welcome To Rockville 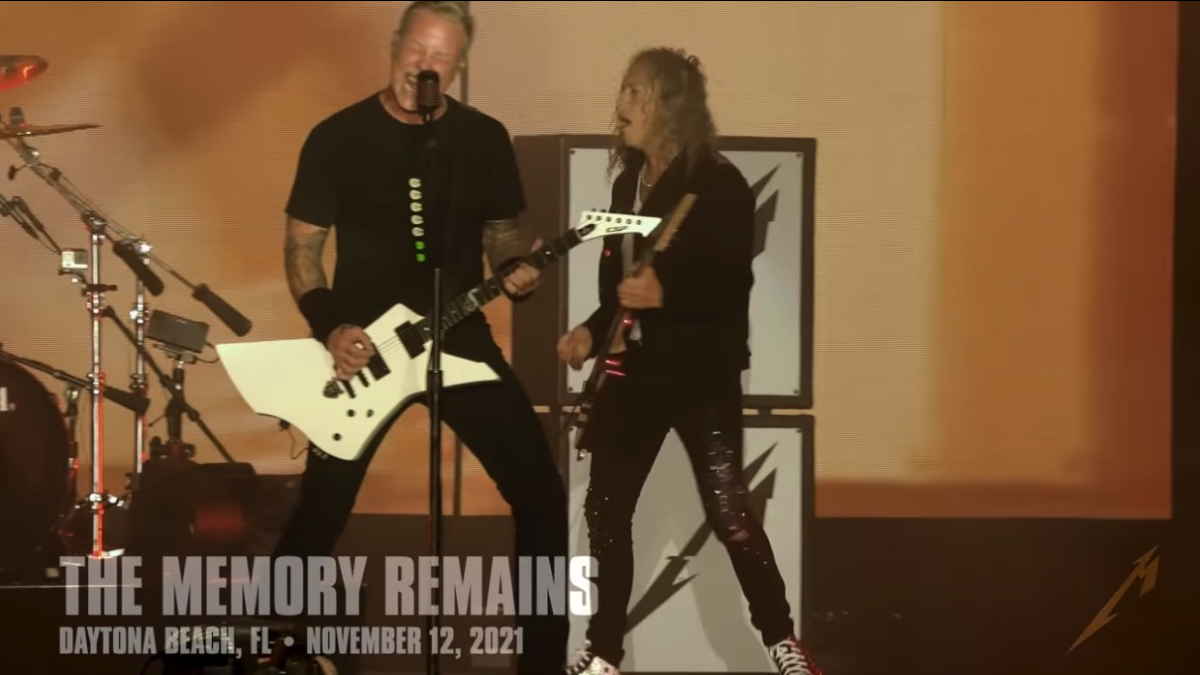 Still from the live video

(hennemusic) Metallica are streaming video footage of their 1997 track, "The Memory Remains", from a November 12th performance at the Welcome To Rockville festival in Daytona Beach, FL.

The tune was the lead single from the band's seventh record, "Reload", which was a Top 5 album around the world while also debuting at No. 1 on the US Billboard 200 and going on to sell more than 3 million copies in the region.

Metallica have recently shared footage of their 1988 classic, "One", from "...And Justice For All", and "Fight Fire With Fire" from 1984's "Ride The Lightning", from the first of two headlining sets at the Daytona International Speedway shows the group performed at the festival's 10th anniversary event.

Metallica - who also closed out the festival on November 14 - were featured alongside fellow headliners Slipknot and Disturbed at the 2021 edition of the event, which also saw appearances by Rob Zombie, Lynyrd Skynyrd, Mastodon and Anthrax, among many others. Watch the video here.