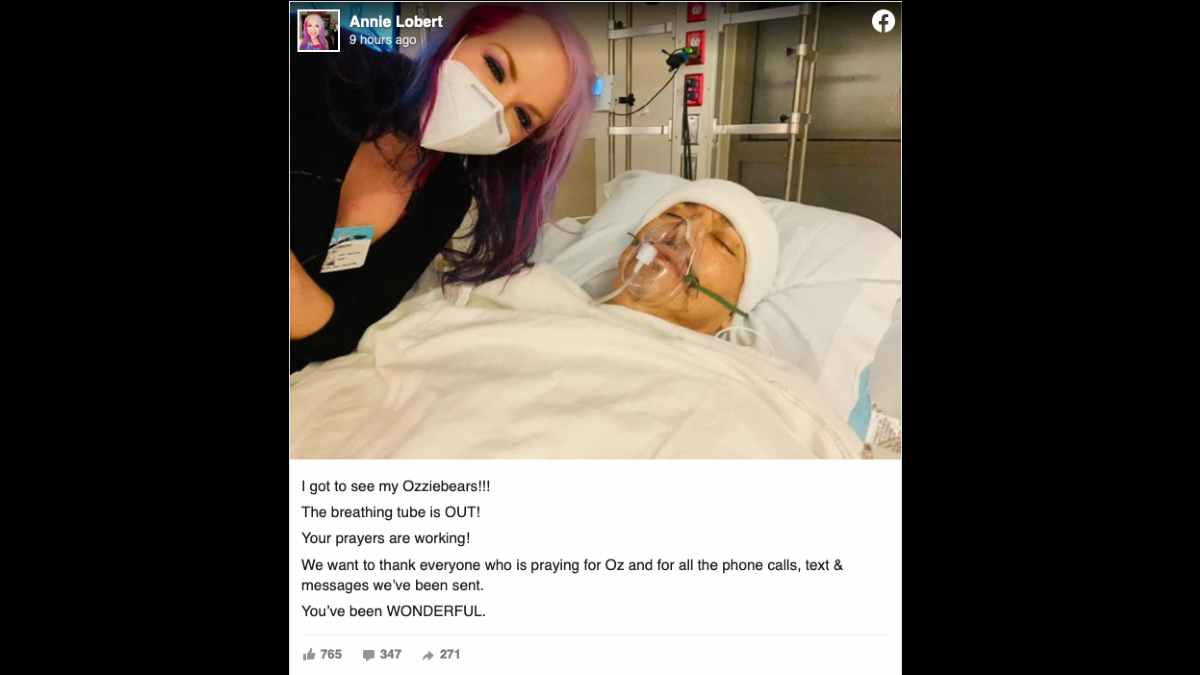 Stryper guitarist Oz Fox was the subject of a top 21 story from March 2021 after he underwent brain surgery on March 4th to remove one of tumors that were discovered in 2018.

His wife, Annie Lobert, took to social media to update fans. She wrote, "He is out of surgery & in ICU! I'm getting ready to see Oz. LIGHT at end of the tunnel!

"Dr. Just came down before to see me and shared: Oz did great during surgery with guitar playing & talking up a storm about favorite tv shows! We have a few complications/concerns.

"1. Dr. had to leave a small 1-2 inch piece of the wall of tumor that blended in with the rest of his brain. Affected his playing functions so they couldn't remove it. In a few days he won't be able to play with his arm, but after the swelling goes down, hopefully he will be back to normal.

"2. Breathing not good during surgery. Airways closed up halfway thru so they had to give him a breathing tube. He will be on it tonight and hopefully they can wean him off of it in the next 24 hours. They will also try to figure out what's wrong with his airway in his throat in the next few days. Thank you for all your prayers!"

An hour later she shared "I got to see my Ozziebears!!! The breathing tube is OUT! Your prayers are working! We want to thank everyone who is praying for Oz and for all the phone calls, text & messages we've been sent.
You've been WONDERFUL."