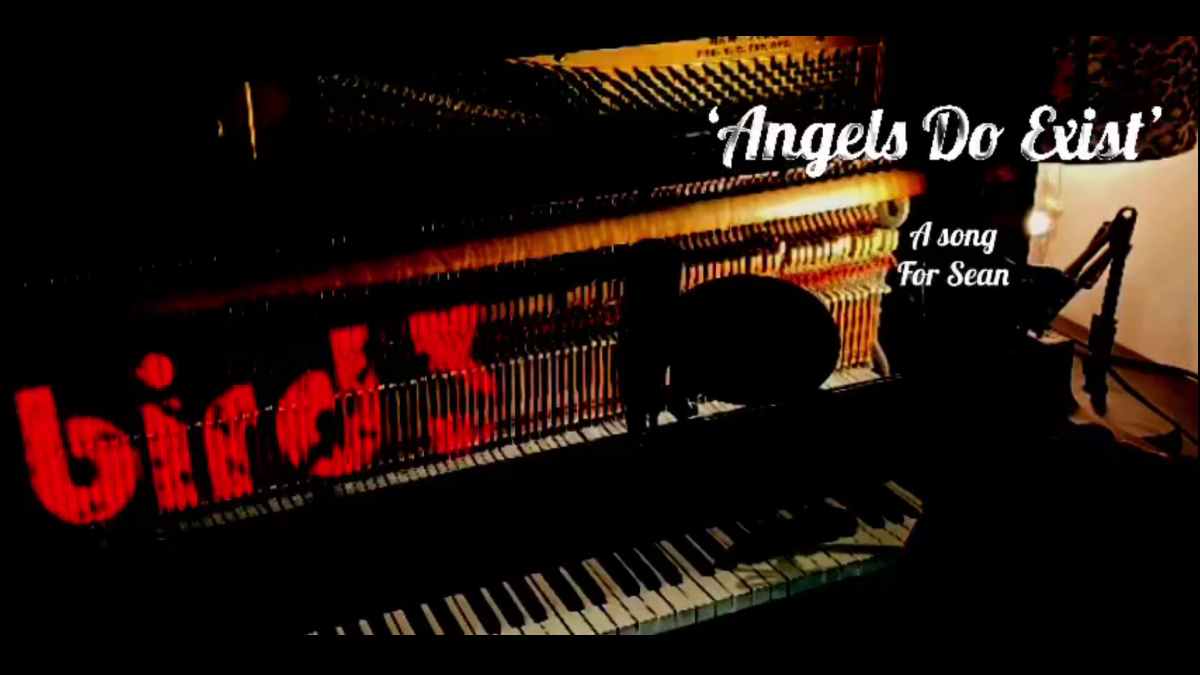 The acclaimed reunited band, lead vocalist/guitarist Bird, bassist Greg Coates, and drummer Michael Miley (Rival Sons), are releasing "Angels Do Exist" as the follow-up to their hit single "By Law" next week.

We reached out to frontman Bird to learn the special story about how this song came to be. He told us, "Joey Nykaza, an uber fan of bird3 and a real champion of the BirdNation, wanted to come up with ideas to promote the new #birdNartion Facebook fan page after an incredible effort by our Admin for the Group, Karmela Palmer (Also a uber fan and bird3 champion, who also offered to build the group on her own for us).

"I had the idea to have a competition to bring new members. Whoever brought in the most new members to the group would win and get to write a song with bird3.

"Well, it went very well and a lot of people were joining. It was a tight race until this girl Brandi McCoy Williams joined late in the game and started bringing in a ton of new people to the birdNation.

"Ends up, another member named Sean Latimer was blocked by Facebook and couldn't invite anyone. Not only that, but as I found out later, he was receiving radiation for cancer.

"Brandi asked us one day if she could give her new followers to Sean. Out of the kindness of her heart, even though she really wanted to win and get to write and record with us. We told her that after she wins that she could make an announcement to give the prize to Sean, which she did immediately.

"This blew the band's mind. The level of beauty and empathy in our bird3family is unlike any other. I spoke with Sean and he gave me the idea he wanted the song about. I wrote it, sent it to Miley and Greg, and recorded and mixed it at my studio.

"The kicker is this. I spoke to Dave Collins about this and he offered to master it for free. Dave Collins is a straight up badass sweetheart. Not to mention he has Grammys coming out of his *******!!

"Sean wanted to make sure we included all of the people that made this possible. All of his friends in Rival Sons and Daughters, all his friends in the birdNation, Including Miley's mom Patti Tiffany, Karmela, Joey, Brandi, and he wanted to thank the band and Michelle Bakker our manager, but we don't need thanks, it was an absolute pleasure.

"We decided as a group to split the song with Sean and Brandi. Robbie was in second place and Jerome from Dadadesir was in third. They will receive signed CDs and pictures from the band."

Fans can grab the single this coming Tuesday (April 6th) when it is officially released by Sparta/300 Entertainment. For now check out the lyric video below: