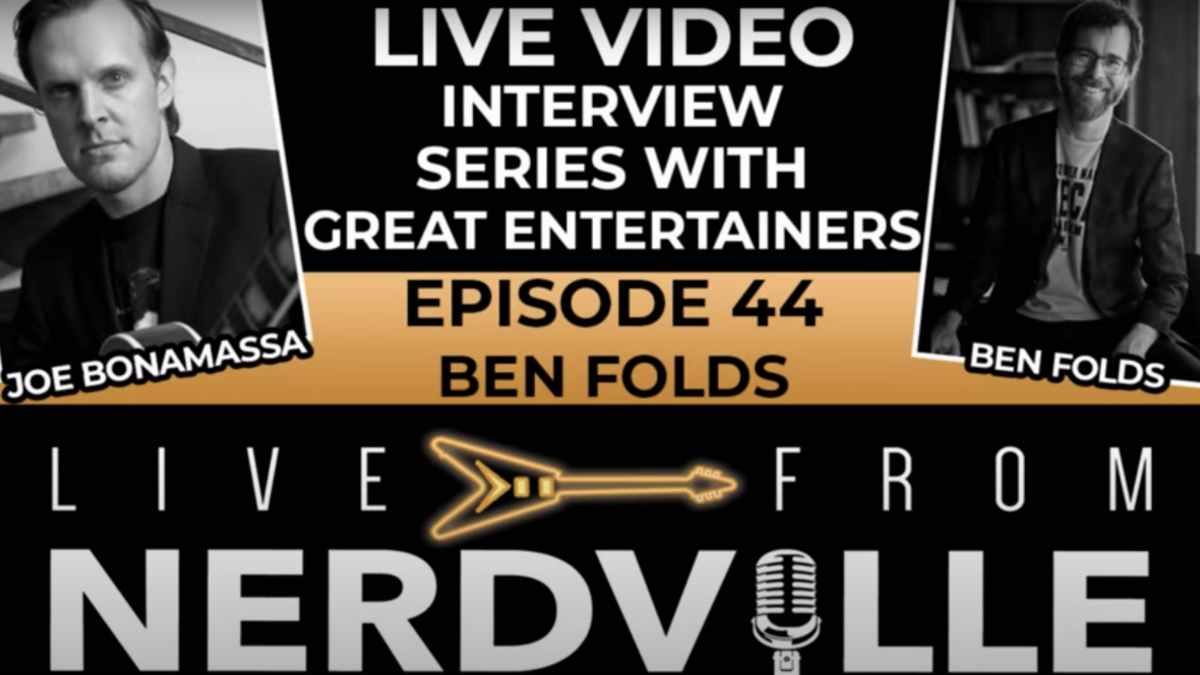 Ben Folds was the featured guest on the latest episode of Joe Bonamassa's interview series Live From Nerdville, and during the chat Folds discussed his relation with the iconic William Shatner.

Folds produced the Star Trek legend's 2004 solo album "Has Been" and during the interview he has this to say about Shatner, "He's complicated but he's artistically just refreshing for a musician, because one he's used to working on quick time frames so that's really a difference when you work with an actor.

He's like well, the shoot is booked at 8 o'clock, I know my lines, let's do this take and move on! And that's really kind of amazing you know? We have deadlines but it creates an atmosphere for an actor, but it's old school one.

So, if I asked him to do something again, he would ask 'why?' Or he would do it differently than the last time. So, I would tell him that I need him to do it the same way so I could edit, and he didn't understand that at all. Which is why it actually was good for me is because it reminded me that you only need that one.

So, if you're prepared for that, and know that you don't have a second chance, that is the moment of truth! This experience really kept me on my game! I learned so much from him! I hung out a lot with Shatner and we've become friends, and, on our birthdays, we call or text each other and I would get a text or call with Shatner saying 'Bennie, it's Billie! Happy Birthday!'" Watch the full interview below: