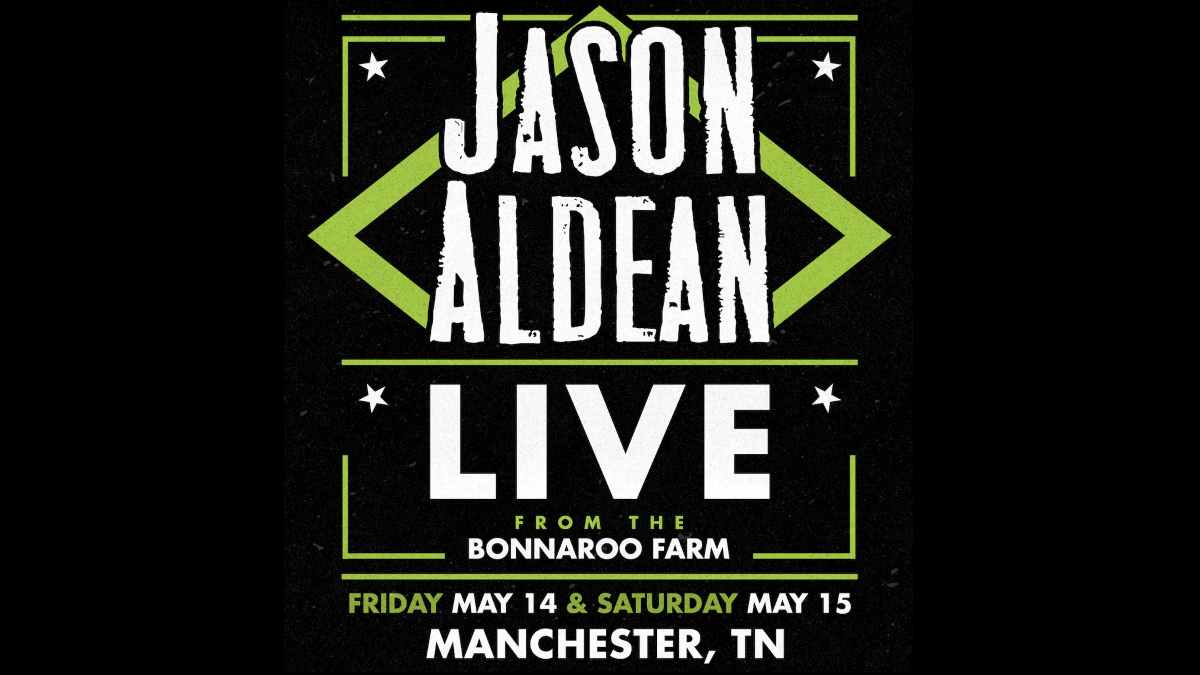 Jason Aldean has announced that he will be returning to the concert stage for the first time in over a year with a special two night event called Jason Aldean: Live at The Bonnaroo Farm.

The special shows will be taking place on May 14th and 15th in Manchester, TN and will feature socially distanced four-person pods, where tickets will be sold in groups of four and will provide access to an 8' x 8' pod, with pods arranged to allow 6 feet of distance between groups.

Aldean had this to say, "You could've asked me to play a gas station at this point and I would say yes," said Aldean. "So being able to setup the full show with all the band guys plugged in is going to make for a really good time. We're going to turn it up - there's nobody out there to bother - and make up for some lost time for sure."

Tickets will be going on sale this Friday, April 9th at at 10:00A CT on JasonAldean.com and BonnarooFarm.com, with $1 from each ticket benefiting the Bonnaroo Works Fund. Find more details here.