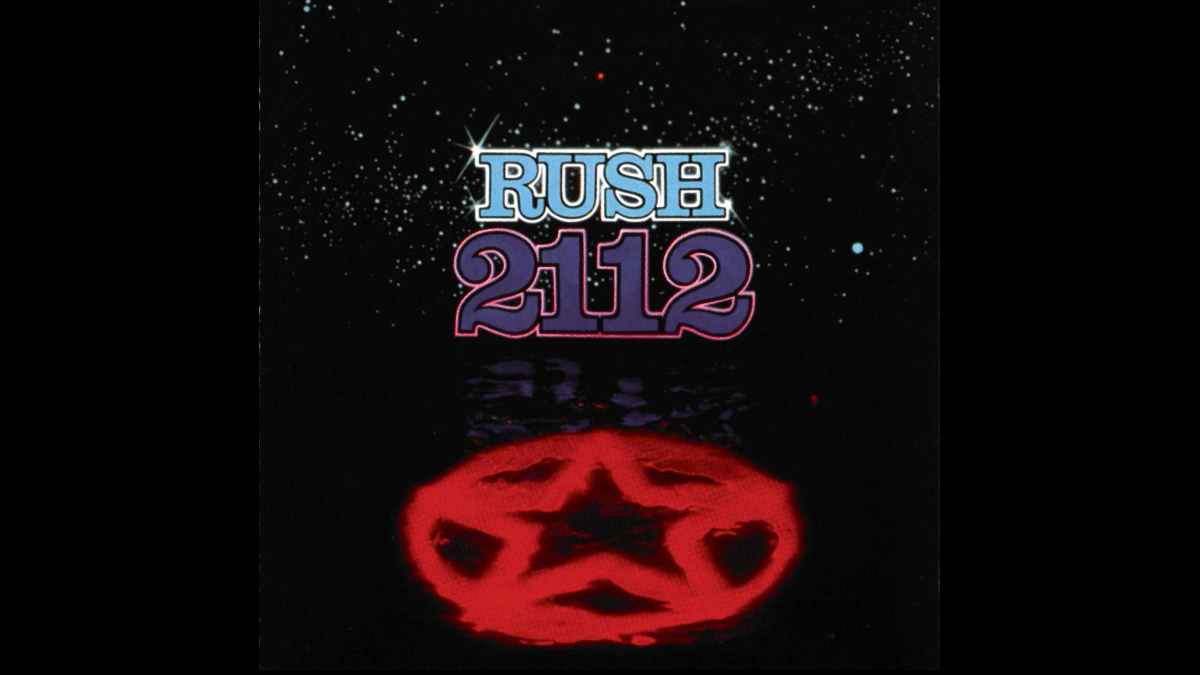 The 45th anniversary of Rush's landmark concept album "2112" is being celebrated by the syndicated radio show In The Studio With Redbeard: The Stories Behind History's Greatest Rock Bands.

The show's host Redbeard had this to say, "Back in the period when Rush released their fourth album, 2112 in 1976, when it came to risk vs reward, the major record labels had a baseball model rule of thumb for how long to support a recording act: three strikes and you were out. Basically, the record company would contract with a band for a three album deal, but if the band did not score a hit and sell enough to return on the company's investment, the band was dropped after three attempts ( since then, that looks generous in hindsight). Toronto-based Rush couldn't get to first base with any US major label, so out of desperation they released the first album, Rush , on their own indie Moon Records label, garnering enough sympathetic regional FM radio airplay in Cleveland, Detroit, and Chicago to land them a three-album deal with major Mercury Records.

"The second album, Fly by Night , received a little more FM progressive radio airplay than the debut but little sales once again, but the third and final album in the original deal, Caress of Steel , struck out badly. Watching from the dugout, Rush manager Ray Daniels knew that he'd gotten the first two albums on base and in scoring position, and keenly he noticed that Caress of Steel went down swinging on a wild pitch with first base open. So Daniels shouted at the band to run to first base as fast as they could in the recording studio, figuratively speaking, while he lobbied the execs at Mercury Records that Rush had a brilliant opus already written and recorded for their next record that would "break" the band ( Daniels would later admit that he had not heard any of it ). Apparently, somebody at the label blinked, and the rest is hysterical.

"2112 by Rush was an amalgam of hard rock, progressive rock, science-fiction and Ayn Rand socio-economics right about the same time that The Ramones, The Dead Boys, and Ian Dury and the Blockheads were singing 'Sex and Drugs and Rock'n'Roll'. So things were about to get interesting in 1976. Peaking initially at only #61 on the Billboard Album Sales chart in 1976, 2112 nevertheless would over the years sell so many as the Rush legion of fans grew that it passed the three million sales mark in 1995, making it surprisingly second only to Moving Pictures . Geddy Lee and Alex Lifeson of Rush join me here for these classic rock interviews In the Studio to recall the times which begat the Rush cult classic 2112 forty-five years ago." Stream the episode here.