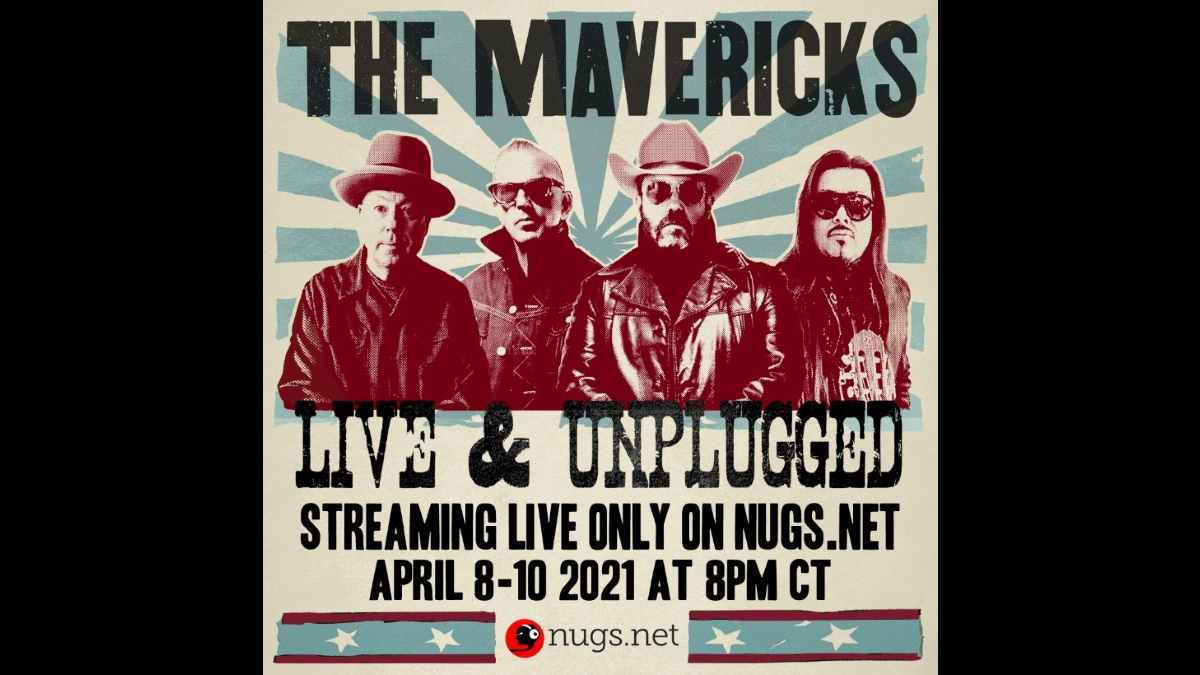 The Mavericks have announced that they be playing a special 3 night string of shows called Live & Unplugged from the ACL Live stage in Austin, Texas.

The shows will feature special acoustic evenings of story and song and will be streamed live from The Moody Theater this week (April 8-10) via the nugs.net platform.

The band had this to say, "The Mavericks make their long-awaited return to touring on the ACL Live stage. Get your stream tickets, live audio pre-orders, & 3-Night Bundles now! " Tickets are available here.