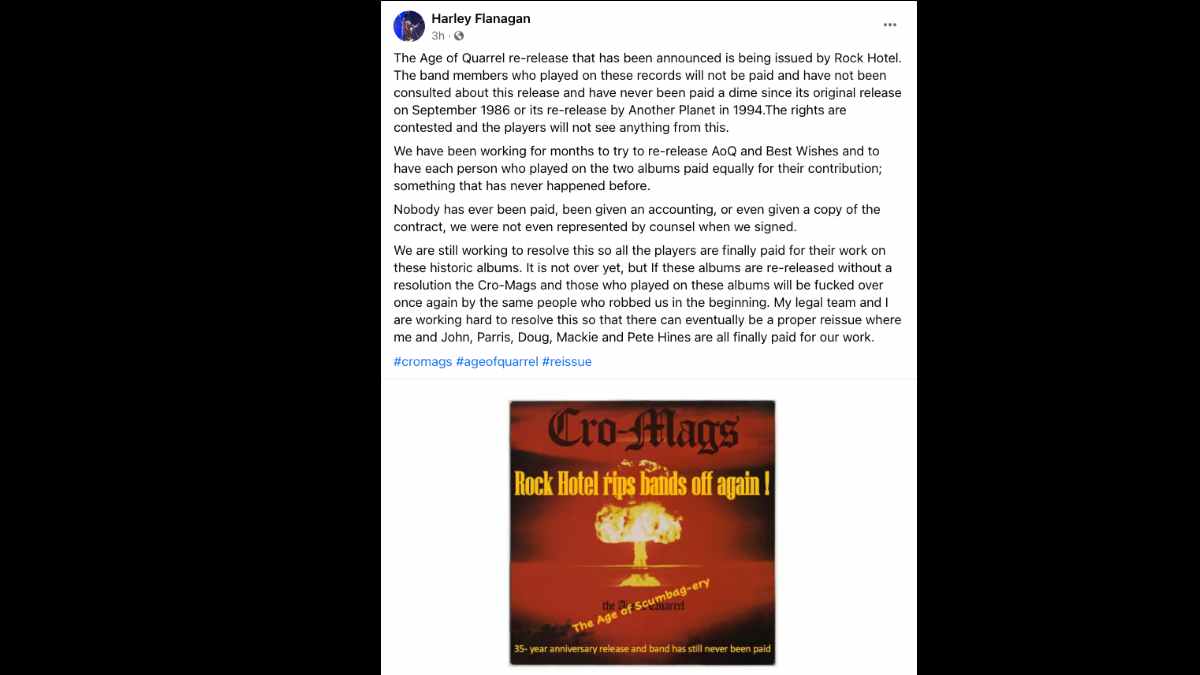 Flanagan said of the reissue, "The Age of Quarrel re-release that has been announced is being issued by Rock Hotel. The band members who played on these records will not be paid and have not been consulted about this release and have never been paid a dime since its original release on September 1986 or its re-release by Another Planet in 1994.The rights are contested and the players will not see anything from this.

"We have been working for months to try to re-release AoQ and Best Wishes and to have each person who played on the two albums paid equally for their contribution; something that has never happened before.

"Nobody has ever been paid, been given an accounting, or even given a copy of the contract, we were not even represented by counsel when we signed.

"We are still working to resolve this so all the players are finally paid for their work on these historic albums. It is not over yet, but If these albums are re-released without a resolution the Cro-Mags and those who played on these albums will be f***ed over once again by the same people who robbed us in the beginning. My legal team and I are working hard to resolve this so that there can eventually be a proper reissue where me and John, Parris, Doug, Mackie and Pete Hines are all finally paid for our work."