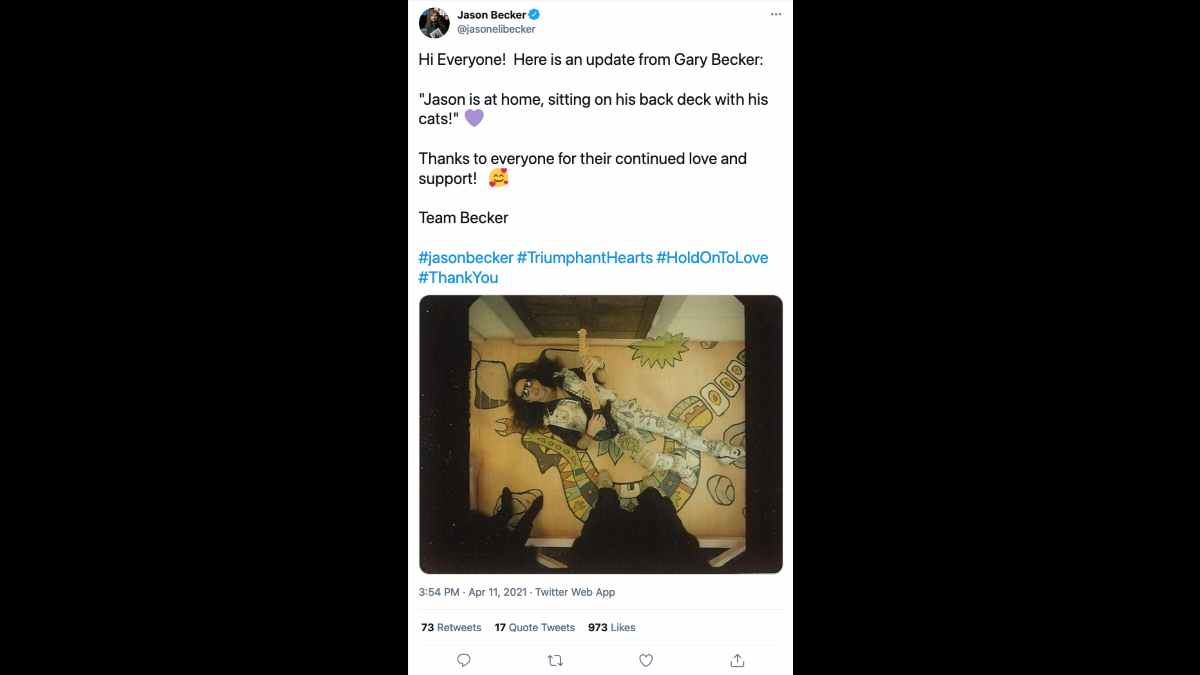 Jason Becker's family shared the good news that the former David Lee Roth solo band guitarist has returned home after he was hospitalized last week and treated for a bacterial infection.

Becker, who has been battling Lou Gehrig's disease (Amyotrophic Lateral Sclerosis a.k.a. ALS) for 30 years, was taken to the hospital last Wednesday (April 7th) because he was shortness of breath and a rapid heart rate."

On Sunday afternoon (April 11th) Jason's Twitter account shared the news that he had been released from the hospital and message from his father Gary Becker.

The tweet said, "Hi Everyone! Here is an update from Gary Becker: 'Jason is at home, sitting on his back deck with his cats!' Thanks to everyone for their continued love and support! Team Becker."

As we have previously reported, DragonForce guitarist Herman Li helped organize special fundraising efforts for Jason with a virtual streams featuring special guests that kicked off last month via his Twitch channel.