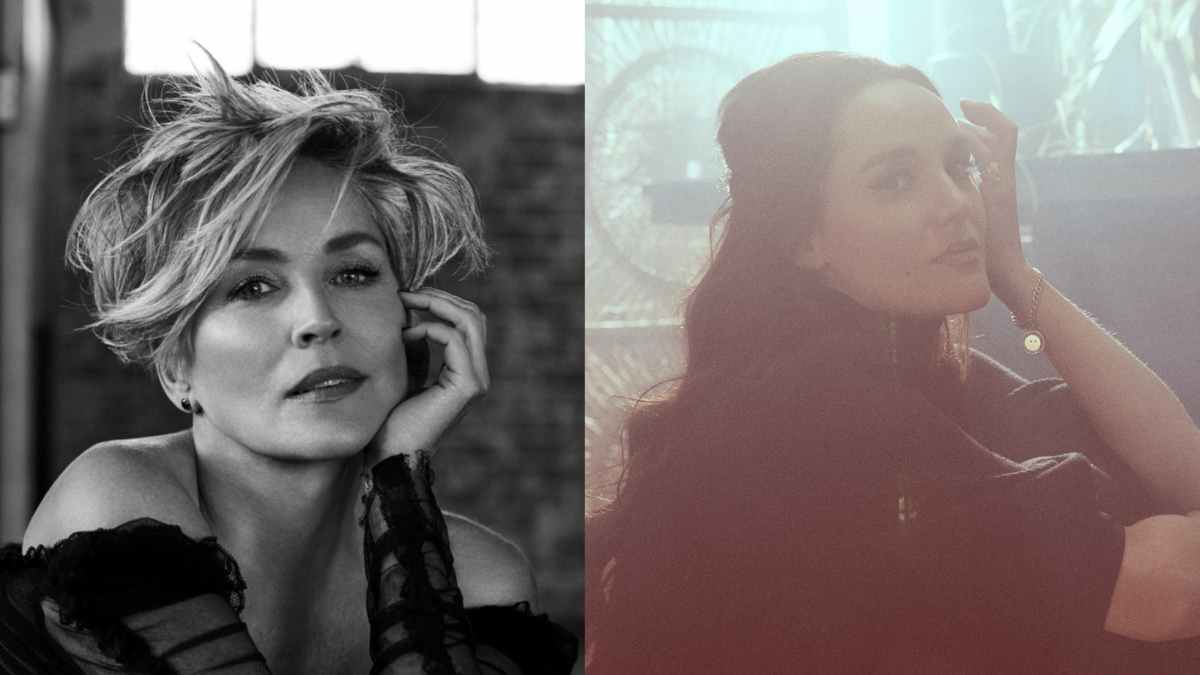 Singer/songwriter Hayley Sales and famed actress Sharon Stone recently released their new collaboration "Never Before" and to celebrate we asked Hayley to tell us about the track Here is the story:

Never Before has been silently sitting in solitude for years, but more on that later. At the time Sharon invited me to write with her, I was rattled by the insecurity of having just lost my record deal with Island Records, the label I had been with since I was a teenager. I was hovering on the edge of being swallowed up in a swath of fake eyelashes, hair extensions and Hollywood's blinding lights. When I showed up at her house, I was a handful of nerves and excitement...I'd never done a co-write before and had no idea what to expect or how to even go about it. The second she walked into the room, all that went away. She was so warm and gracious, so absolutely unpretentious and open. We talked for quite a while, about absolutely anything and everything. We both resonated with the idea of unabashed romance...There's such a courage required in letting yourself be vulnerable, letting yourself be truly in love. For me, romance has always been an extremely important and inspirational part of who I am and how I express myself. And not just that fall in love type of romance, but romance as a way of life. Music has always been a space where I can access that feeling, whether romance is actually happening in my life...or not. When Sharon and I began writing Never Before, we wanted to capture just that...that very special moment in life when you're so in love time stops and every breath feels like velvet.

We decided to dig in and see where that thread took us. Sharon sat down on the couch, notebook in hand, and I slipped off my flip flops and settled in front of the gorgeous grand piano in her living room. Never Before just began to unfold between us. It was really magical. Very quickly, I could sense we were onto something special. I was blown away by Sharon's ability to weave words around a melody. The lyrics and music somehow seemed to hum at the same frequency. I can't quite describe it, and it definitely doesn't always happen with co-writes, but it did with us. I always joke that I can't write songs, they have to write themselves. I'm just doing my best to keep up as the story tells itself. It's the most amazing feeling.

Once the words and the music came together, we tried to stay out of the way when it came to production. I laid down the piano and vocal live with my bassist, Darren Parris. We tried to keep the performance as real and intimate as possible. My co-producer and dad, Richard Sales, added some glorious, subtle flourishes on electric guitar but otherwise, we left it bare. There was some kind of closeness that was lost whenever we tried to add more instrumentation. All the while, however, I kept hearing this luscious presence of strings and how they could meld around the melody. But I had absolutely no idea how to make it happen...until I met Carl Marsh, a genius string arranger with an arsenal of cupid's romance. I shared the tune with him and attempted to describe what I was hearing, albeit terribly. He came back with the arrangement later that week. It was even better than I could ever have imagined. As the orchestra performed his gorgeous arrangement, I couldn't help but cry as I watched from behind the mixing board. It was truly one of the most memorable moments in my life. After we finished all the recording, I handed the tune over to my mixer, Michael Brauer who added his famous magic touch.

Unfortunately, around the time we were finishing Never Before, my career came to a screeching halt. Verve Music Group experienced and untimely staff turnover the week after I delivered the masters to my third record. My album was tossed into UMG corporate's archives and never released. The heartbreak shattered me. The loss and betrayal tore me up from the inside out. Music had been the spark that'd kept me going, kept me breathing, for as long as I can remember. All of a sudden, my dream was reduced to ashes. We never did get back the rights to 'The Misadventures,' making the title rather ironic. I waded in a murky pool of hopelessness for a long time. After two years and a pile of legal bills later, I realized I had to let it go. But I couldn't let it end like that. I knew I had to create more music. I had to sing the songs that was pressing on the edges of my heart, begging to get out. I left LA and headed back into the recording studio on my parents' blueberry farm on Vancouver Island. I spent every minute of the day in that studio editing, producing, crying into the keyboard and damaging the keys, editing, un-editing and dodging pencils my co-producer (aka my dad and Santa lookalike) threw at me when I spiraled into self-imposed misery. And in December of last year, along with the helping hands from a handful of angels, I finished my next record, 'Ricochet.'

Never Before is the first single to be released. I can't think of a better way to break my decade of silence. And I couldn't be more grateful to have you willing to listen...I know what it's like to be muted. Thank you.

Hearing is believing. Now that you know the story behind the song, listen and watch for yourself below and learn more about Hayley here