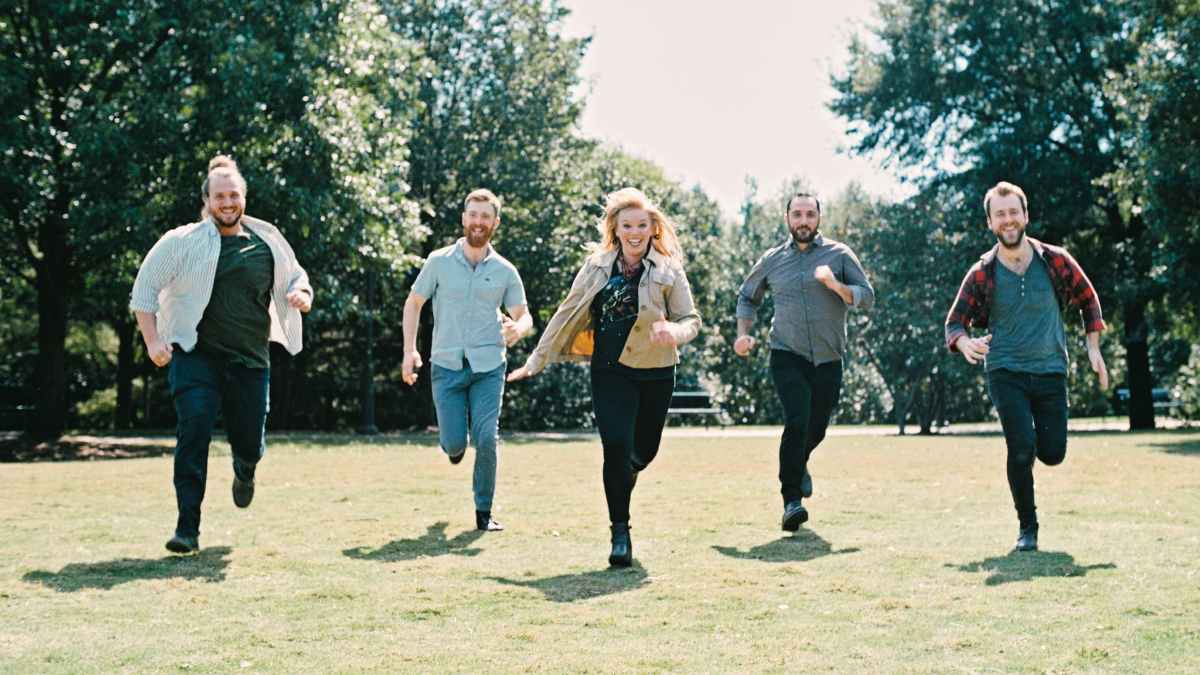 Run Katie Run just released their new EP "Running On Love" and to celebrate we have asked Kate Coleman to tell us about the single "No Way Out". Here is the story:

People who have heard this song assume I wrote it during the pandemic but, surprisingly, I wrote in in January 2020 before the pandemic began! I wrote this song when I started realizing that no matter how much you try to prepare yourself for any situation, unpredictability is something you can't plan for, and it can happen when you least expect it. Whether it's planning for your future, the state of the world around you, or your own mental health. I like the idea of being in control of the world around me, but I started seeing more and more how that's nearly impossible. Now listen -- the further you read, the more depressing this is going to sound, BUT there is a happy ending so stick with me!

The first verse starts with the way you see yourself. I have a tendency to dive pretty deeply into self-improvement when I notice a behavior/belief that I don't like about myself. I wrote the line, "I tried to read my psyche in a different kind of lighting but the bulbs were just a little too dim," which is a dressed-up way of explaining my exhaustion with trying to be a better person, ha ha ha. I always say that once you see something about yourself, you can't unsee it and you can't go back. You have to try to get better but, MAN, it can get so debilitating.

The second verse dives into the state of our country. As a personal rule, I keep my political opinions to myself because there's room for all different people with varying viewpoints in the Run Katie Run fanclub (only rule: be loving). However, I start this verse with, "I'm starting to think the nation's going extinct," because I think we are all the problem and we could all be the solution. When people are afraid, they want to blame someone else instead of being open and inquisitive or perhaps asking themselves, "Hey, what responsibility can I take for this situation?" I don't say this as a judgment; we all do it and it's human nature. I was feeling particularly frustrated and terrified at the time with the amount of divisiveness I thought I was seeing around me.

The third verse talks about reconciling with the idea that where I thought I'd be now isn't even close to where I am. I'm a very goal-oriented person. I'm extremely driven, motivated, and I'm eager to start something new before the thing I'm doing has reached its natural, or planned, conclusion. That sounds great to most people but it does have its setbacks. When you're too rigid, it leaves no room for the flexibility that is required for the inevitable chaos of life. That can leave a planner really disappointed and defeated; like nothing you do ever works out. "I'll toss my dreams and hopes in fire, they all burn like liars. The future doesn't exist because the nation's going extinct and there's no way out of this," is how this verse ends... peppy, right? ;-)


As sad as that may seem the first time you read it, I genuinely found this lyric to be a GREAT comfort after it popped out of my head. Think about it: there's no getting away from bad things but it doesn't make your whole life bad. Life is far too short to get bogged down by fear -- which, by the way, that's what this whole song is; an expression of my fears. You have to find a way to get your smile back by any means possible. For me, it was making this song and then slam-dancing like a maniac all over my house once the final version was made.

One other wonderful thing writing this song allowed me to see... the night I finished writing this song, I had to go to the grocery store and you know what I realized? Absolutely no riots were breaking out around me. Everyone was kind, sweet, and just buying groceries with their loved ones. And noticing that brought me a lot of peace. We're all far more similar than we are different... isn't that beautiful?