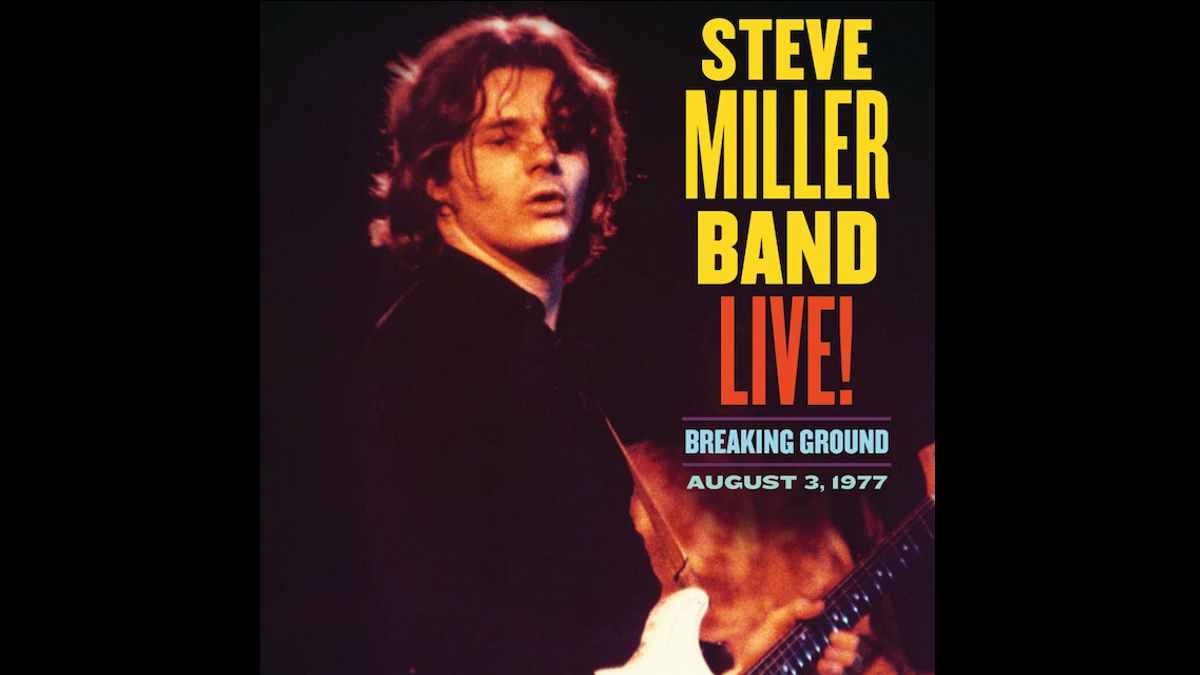 (hennemusic) The Steve Miller Band are sharing audio of a 1977 performance of their 1973 classic, "Shu Ba Da Du Ma Ma Ma Ma", as a preview to a new live album from their archives.

The song - which appeared on the group's eighth studio album, "The Joker" - is one of 17 tracks set to appear on the May 14 release of "Steve Miller Band Live! Breaking Ground: August 3, 1977."

The project was recorded at the Capital Center in Landover, MD during the height of the band's success during the era. "This show captures the band right at the peak after 'The Joker', and in the middle of 'Fly Like An Eagle' and 'Book Of Dreams', a stream of hits," says Miller. "We decided to call it Breaking Ground because that's exactly what we were doing."

"Breaking Ground" has previously been previewed with audio of "Jet Airliner" from the 1977 concert. The archival package will be available in multiple formats, including digital, CD, and 2LP black vinyl; while a live concert video featuring the full performance will be available to stream on The Coda Collection on Amazon Prime Video. Stream the song here.