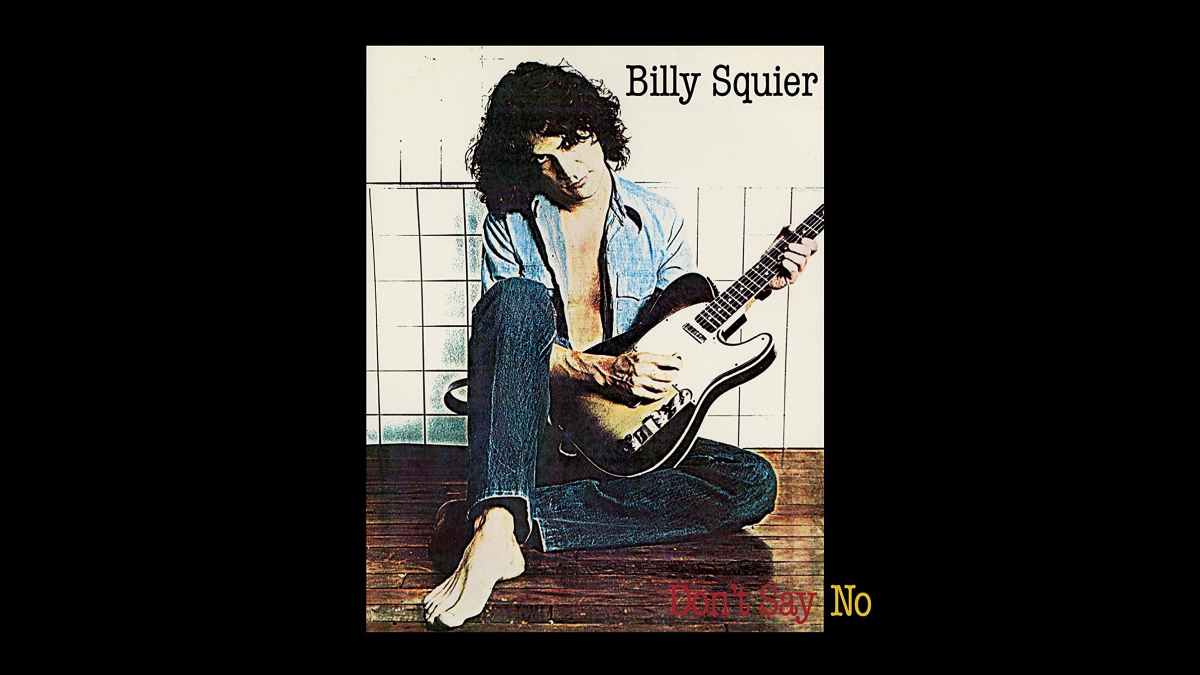 The 40th anniversary of Billy Squier's multi-platinum album "Don't Say No" is being celebrated by the syndicated radio show In The Studio With Redbeard this week.

The show's host Redbeard had this to say, "My guest Billy Squier's 1981 second solo album Don't Say No sold over three million copies because of songs 'In the Dark', 'My Kinda Lover', 'Lonely Is the Night', & the big hit 'The Stroke'. Squier grew up in the Boston suburbs as an only child ('Life isn't easy from the singular side' he sings in the opening to 'In the Dark'), the son of an executive of the Converse Shoe Company. So in the Squier household growing up, it's safe to assume that Buddy Holly shared star billing with Bob Cousey, Bill Russell, and John Havilcek of the Boston Celtics.

"Billy Squier was introduced to John Mayall's Bluesbreakers at age 14, which introduced Billy to guitarist Eric Clapton, changing everything for the young adolescent American. Squier's desire got him first to Boston Unversity. Then his talent got him into the prestigious Berklee School of Music, but the first half of the Seventies were spent pretty much shuffling in and out of bands in Boston and New York City.

"Then Billy Squier got his first taste of the record business, recording two albums on a major label fronting the band Piper in 1976 and 1977 before splitting up. Undeterred, Squier landed a lucrative solo deal and debuted with 1980's The Tale of the Tape, containing 'The Big Beat' which I played to great response on ROCK 103/ Memphis. So it was with eager anticipation that Don't Say No was received in April 1981.

"Billy told me In the Studio that the song 'Nobody Knows', written by Squier about John Lennon while the former Beatle was still alive, ironically shares the dubious distinction of having been recorded at the same place and time as one of rock history's darkest days: the assassination of John Lennon in New York City December 8, 1980. 'The inspiration for that song was the life of John Lennon, and I wrote it prior to his death,' Billy Squier tells me. 'He lived in a building here in New York City called The Dakota, and I was walking past in the (Central) Park. I was reflecting on some of the events that had happened to me in my career, whereby my first album Tale of the Tape had generated some interest and activity. And I was just having a bit of a pause for reflection on how your life is perceived from people outside the (music) industry, what the public perception is of an Artist, and the difference between that and the real private person and their innermost feelings. And looking at this building I naturally thought of Lennon, who was one of the most prolific, important Artists of our time, and I was thinking about what it must be like to be John Lennon. That's the basis of my song 'Nobody Knows', that ' nobody knows what it's like to be in my skin...'.

"Billy Squier had already begun recording his second solo album at the Power Station( now Avatar Studio) on West 53rd in Manhattan when John Lennon returned to his Central Park West address only about twenty-five blocks away from the studio. 'Ironically and very sadly, the night John Lennon was killed we were recording that very song,' Squier confides in this classic rock interview.

"When Foreigner opened their Foreigner 4 tour in Memphis in Summer 1981, they wisely invited Billy Squier as special guest to open every show, all but guaranteeing sell outs every stop. No doubt to show gratitude for my early support, Billy invited me to him and his band on stage during the performance of his hit 'The Stroke' to sing background vocals. Now, I cannot carry a tune in a bucket, but that night in Memphis' Mid-South Coliseum in front of ten thousand fans fist-bumping into the air to the big beat, we discovered that I can shout 'stroke! stroke! stroke!' with the best of 'em." Stream the episode here.