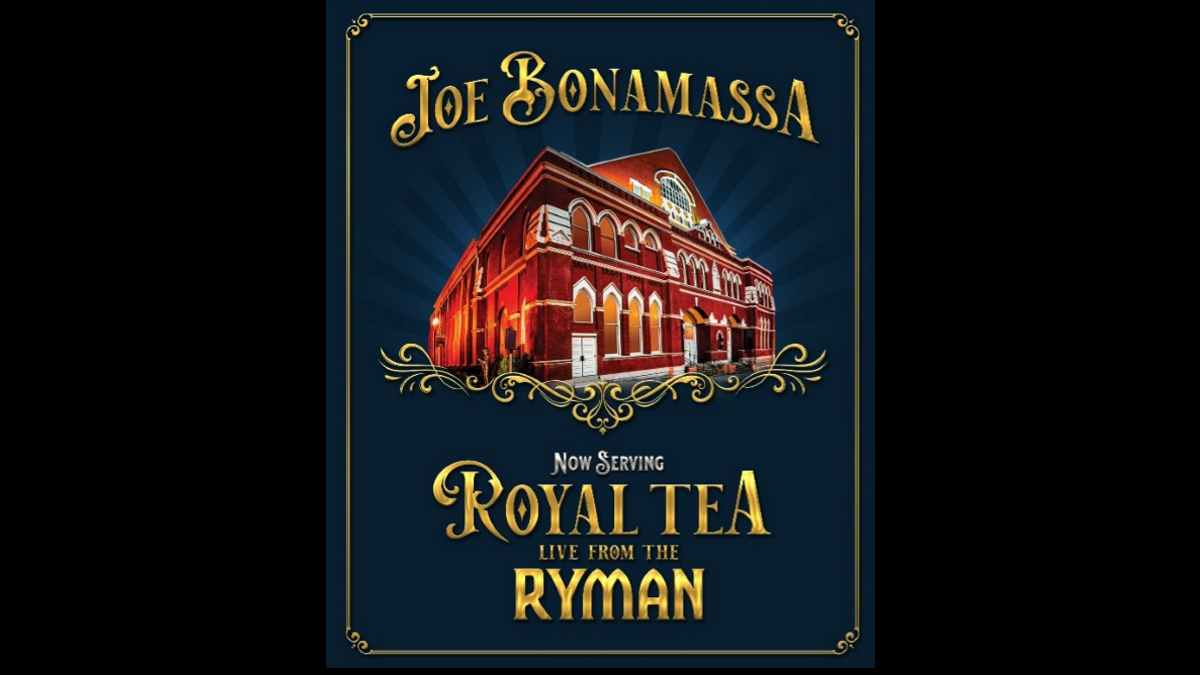 Joe Bonamassa has announced that he will be releasing his special Ryman Auditorium Royal Tea livestream concert in various formats including CD, double LP vinyl, DVD and Blu-Ray on June 11th.

"Now Serving: Royal Tea Live From The Ryman" will featured remixed and remastered recordings from the pandemic era performance at the famed Nashville venue and DVD will include an introduction narrated by actor Jeff Daniels.

Bonamassa had this to say about the show, "I have always wanted to film a show at the legendary Ryman Auditorium in Nashville. Our band has had the honor of playing there now 8 1/2 times over the past 10 years.

"The audience is always alive and electric, hanging on every word and phrase. It feels like the greatest, most intimate gig you will ever do but there are 2,300 people sharing this joy and musical journey. I love the place as it is a national treasure and selfishly close to my house.

"Here's where I get to the 1/2 part. We missed you. As great as it is to be on that stage in any capacity, YOU the fans make it special. You are part of the show and a big part of it.

"As this show was being filmed live, almost 100,000 eyes were on us in various forms around the world in front of TVs and computers alike. But you were not in the room with us."

Joe continued, "We played as good as we could in front of those 1700 cardboard cut outs of your faces and tried to imagine you there. For split seconds I would catch a glimpse of the room and it almost felt normal. Then the song would end and there would be dead silence. Only the footsteps of our crew could be heard. With all of that said, this DVD is a snapshot of a concert performance within the confines a vast sea change of the world. A world that had temporarily deemed us unnecessary. Nobody knows when I will ever get back to this stage in front of a full house again, but I sure do know that I do love it and miss you greatly. This show counts as a 1/2." See the tracklistings below:

DVD/ BLU-RAY
Intro With Jeff Daniels
When One Door Opens
Royal Tea
High Class Girl
Lookout Man!
Why Does It Take So Long To Say Goodbye
A Conversation With Alice
I Didn't Think She Would Do it
Beyond The Silence
Lonely Boy
Cradle Rock
Walk In My Shadow
A New Day Yesterday/ Starship Trooper - Wurm
Credits
Audience Members