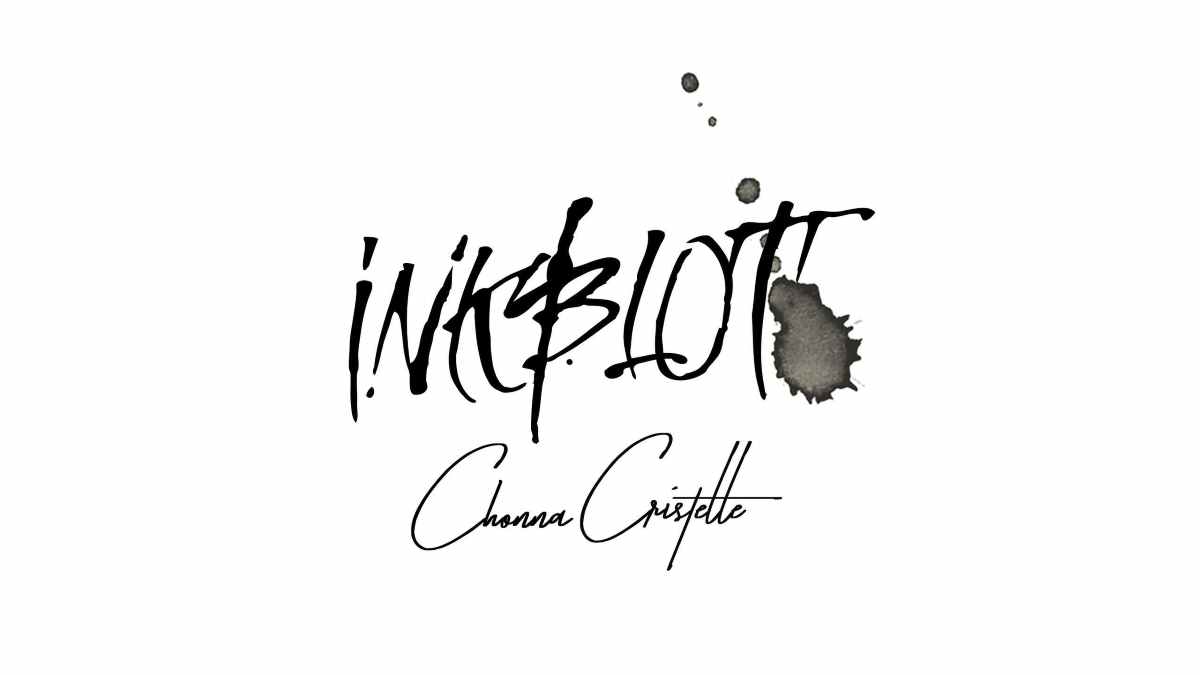 Chonna Cristelle recently released her new EP, entitled 'inkBlot', and to celebrate we have asked her to tell us about the single "Leave Letter (Stripped)". Here is the story:

Leave Letter was a poem before it became a song. Most of my songs start that way. The idea of having "Leave Letter" for a hook kept sitting with me. I was in the front yard having my morning coffee and thinking that there needed to be a song titled "Leave Letter". Everyone writes love letters. I wanted to hear what the other side of that emotion might feel like.

When I finally sat down to write a poem about leaving, I was sitting in my backyard, listening to the birds and the wind. Sitting with myself, I was wondering, "Who would I call for help if I were to leave and start over?" Then the first line was born, "Mother, I don't know what to do..."

Then the question came to me, "Why do people leave?" Often it's because we've been sold a fairytale of what love is supposed to look like. When the fairytale doesn't pan out we give up, we leave. Often we leave for no true or legitimate reason. We leave for the simple reason of thinking there might be something better out there waiting for us and it's never easy.

The lines of the chorus couldn't be more true for any break up. It's never easy. It always hurts, but it always gets better too. Those lines of my poem "Leave Letter" just spilled out of my heart with ease. I've left many times, so writing the words to express how much that hurts was something I truly felt.

In the second verse, I try to really understand how the recipient of this Leave Letter would feel. Often the one left behind has no idea what they did wrong. "You gave it all, you did no wrong. How could I do this to you?" Sometimes there is nothing the other person can do to fix what's been broken. The famous quote, "It's not you, it's me," rings so true.

Turning this poem into a song was the easier part. Often, after I write a poem, the words stick with me and a melody starts to form. Once I had a good feel for what I wanted to say, I took my poem and my melody to my guitarist at the time, Jimmy Packes. He was able to help me bring "Leave Letter" to life in a way I had only hoped. He captured the emotion and sadness with his instrument so well.

"Leave Letter" was originally released as a full production. Since it grew to be a fan favorite, it only seemed fitting to release a stripped down version for my EP inkBlot. My pianist Andrei Dan helped me out on the softer, stripped version. I couldn't be happier with how it turned out. I am super thankful to all of the amazing instrumentalists I have worked with that help bring my words to life. I hope you enjoy "Leave Letter" (Stripped) as much as I do!