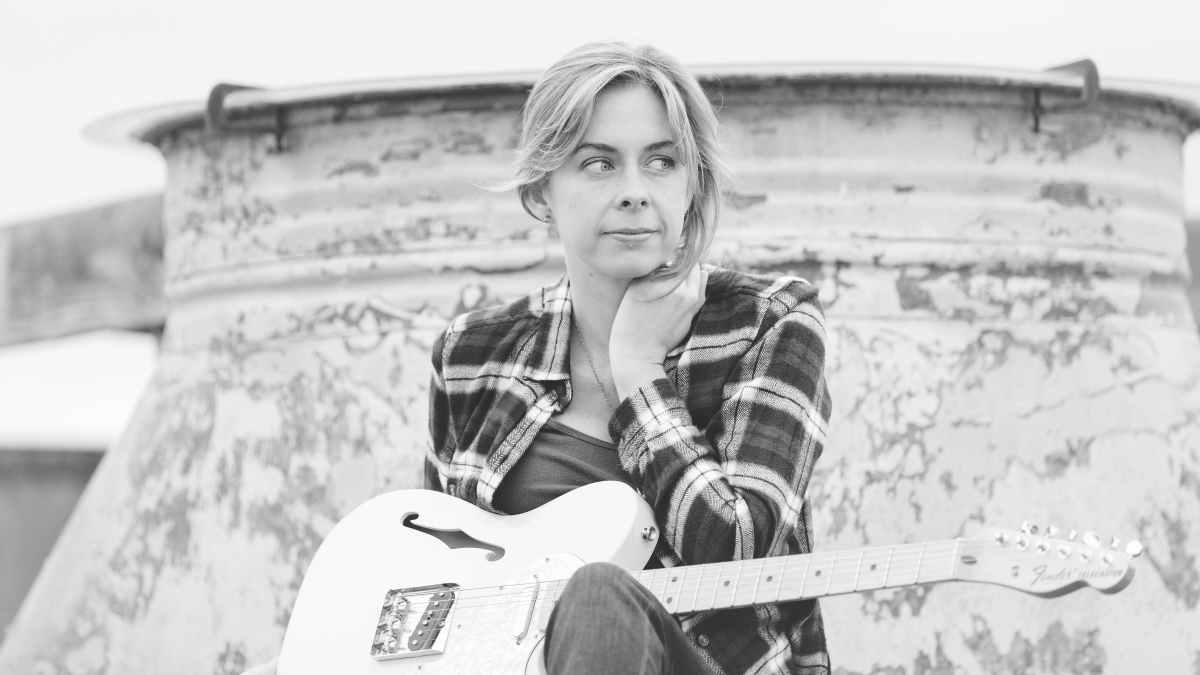 Vanessa Peters released her new album "Modern Age" today (April 23rd) and to celebrate we asked her to tell us about the song "Hood Ornament." Here is the story:

This song is so different from anything I've done to date. The music track was actually born several years ago, back in 2017, when Rip Rowan, my husband and bandmate, and I were in the studio with Federico (the guitar player in our band). We were actually working on some songs for my previous album, "Foxhole Prayers," and we had taken a bit of a break. Rip and Fede were jamming on some riffs, and Rip decided to play Fede this fragment that he had been working on. The two of them took off on it, and I decided to go run errands - it wasn't "my" song, it was one of Rip's instrumental ideas (he's also a composer), so I just assumed they would record something and then we'd pick back up with our sessions later in the day.

When I came back to the studio a few hours later, they had the base of the song all hashed out, and they played it for me and asked if I would write lyrics to it. I don't usually work that way - I tend to start with lyrics and build the song around it - and it can be difficult for me to work backwards. I really liked the song - but it was a very angular, aggressive piece, and at the time I just wasn't working on anything of that nature for "Foxhole." I told them I'd try; Rip emailed it to me, and we went back to work finishing "Foxhole." The song sat on my computer, downloaded but untouched for many months. I would open it every now and again, listen to the melody and try to find my place in it, but nothing was coming. But I didn't give up; I just set it aside again and promised myself I would keep returning to it.

Finally, I had the perfect inspiration. In the summer of 2019, I was on tour with my bandmates in Texas. We were at a music store of some renown, killing time before our gig that evening, and we got to chatting with the owner of the store. He eventually asked what we were doing in town; I told him that we had a show in town that night. He said, "Oh really? What's the name of the band?" I replied, "Vanessa Peters. It's just my name - it's my band." And he -- quite literally -- guffawed in a snarky sort of way and said, "It's your band? I thought you were just the hood ornament." We were all gobsmacked. It was such a casually sexist, dismissive, condescending thing to say -- a hand-waving away of any possibility that I might be worth taking seriously. Needless to say, we left immediately; who knows if he even realized how deeply offensive it was?

I carried those words around in my notebook for several months; a year ago, when we first went into lockdown in Italy, I came across them again, and thought of Rip's unused instrumental piece. And at long last the pieces came together. It felt like the right time for me to write about my anger with how difficult it can be to be a woman in a male-dominated industry. I know every female friend of mine in the music business has several stories like this; this was not the first time I have been ignored or overlooked or dismissed by a club owner or a booking agent or heckler from the audience, but this one felt like one I needed to share. I'm just glad I kept coming back to the music until I found the right words for it; patience is not one of my strong suits, but I'm working on it.

Singled Out: Vanessa Peters' Just One Of Them