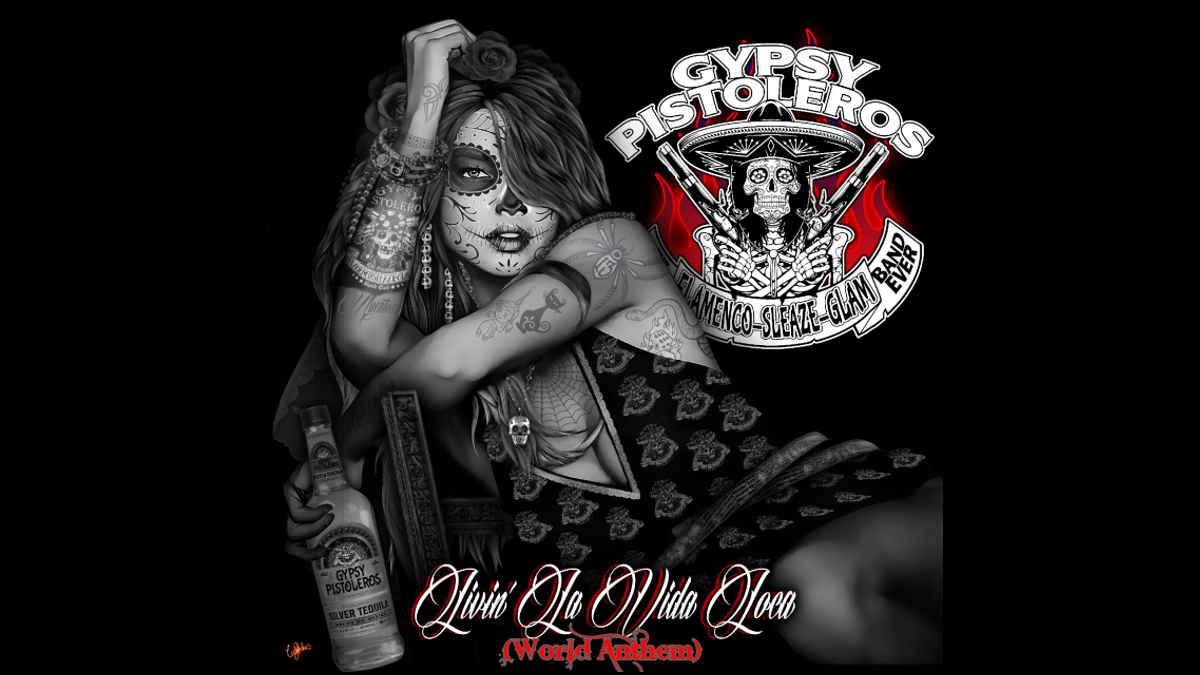 The mighty Gypsy Pistoleros are taking a run at scoring a Christmas No. 1 in the UK for charity with "Livin La Vida Loca (World Anthem)" their rambunctious cover of the Ricky Martin hit, and to celebrate we asked Gypsy Lee Pistolero to tell us all about it. Here is the story:

Perhaps one of many people's guilty pleasures of a song. Due to us being the only Flamenco Glam Sleaze Rock band in existence, many people in the crowd used to shout for this song at live gigs (As well as La Bamba?).

So we did a half arsed version of it about 10 years and the reaction at gigs/festivals was insane. When i signed the new Record deal with Off yer Rocka & we were recording the new album (after a ten year reclusive state) 'The Mescalito Vampires' we messed around with it as a warm up song for a laugh.

The new album is totally latin/rumba rock n roll & i decided that we should record it properly. So we did. The album was recorded during Covid lockdown & 'Livin la vida Loca' sort of summed up the state of the World? Plus its a cracking song!

Someone i knew that worked for the homeless Charity approached us about releasing it for Xmas , it was so ridiculous i agreed straight away. Jon Morter got onboard (Xmas No.1 hit guru in U.K, Rage against the Machine V XFactor, The Justice Collective, etc) and so its out 17th December. I hope it gatecrashes the XMas Charts & makes loads of money for Shelter. Then we have to play it live forever? lol!

Since being back, Gypsy Pistoleros have played it at two Festivals, Hard Rock Hell Sleaze & Hard Rock Hell, the reaction is still amazing? The amount of hard core metal fans singing all the words along to it makes everyone smile.

I just hope it becomes this years Xmas hit, its a good time song, its tongue in cheek, it rocks and our version is cracking. There is a video alongside it, featuring 'Day of the Dead Girls', in a Robert Palmer, Addicted to Love spoof!

Lets face it, its the Anthem for the World since Covid, and maybe a statement that we can still laugh, have a good time & live life!!!

So come on "Take your clothes off and go dancing in the rain (Snow)" this Xmas!!!!