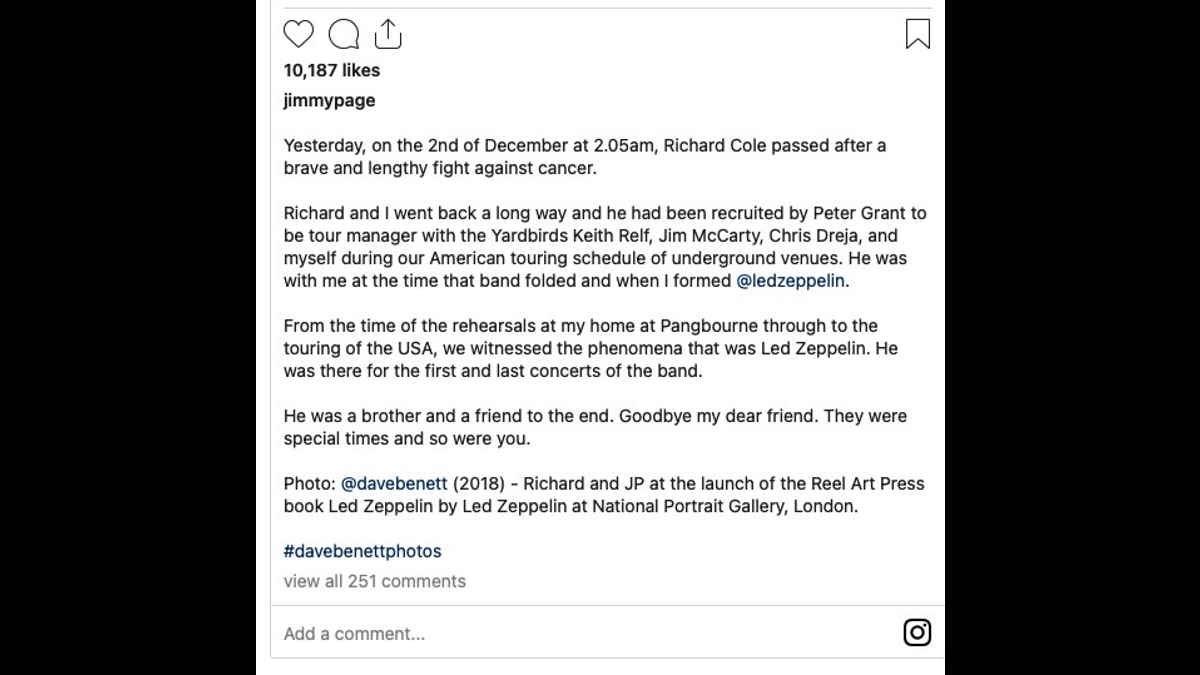 Led Zeppelin guitarist Jimmy Page took to social media to pay tribute to the band's former tour manager, Richard Cole, who passed away after a battle with cancer on Thursday (12/2) at the age of 75.

Page shared a photo of himself with Cole on Instagram with the caption, "Yesterday, on the 2nd of December at 2.05am, Richard Cole passed after a brave and lengthy fight against cancer.

"Richard and I went back a long way and he had been recruited by Peter Grant to be tour manager with The Yardbirds Keith Relf, Jim McCarty, Chris Dreja, and myself during our American touring schedule of underground venues. He was with me at the time that band folded and when I formed @ledzeppelin.

"From the time of the rehearsals at my home at Pangbourne through to the touring of the USA, we witnessed the phenomena that was Led Zeppelin. He was there for the first and last concerts of the band.

"He was a brother and a friend to the end. Goodbye my dear friend. They were special times and so were you."