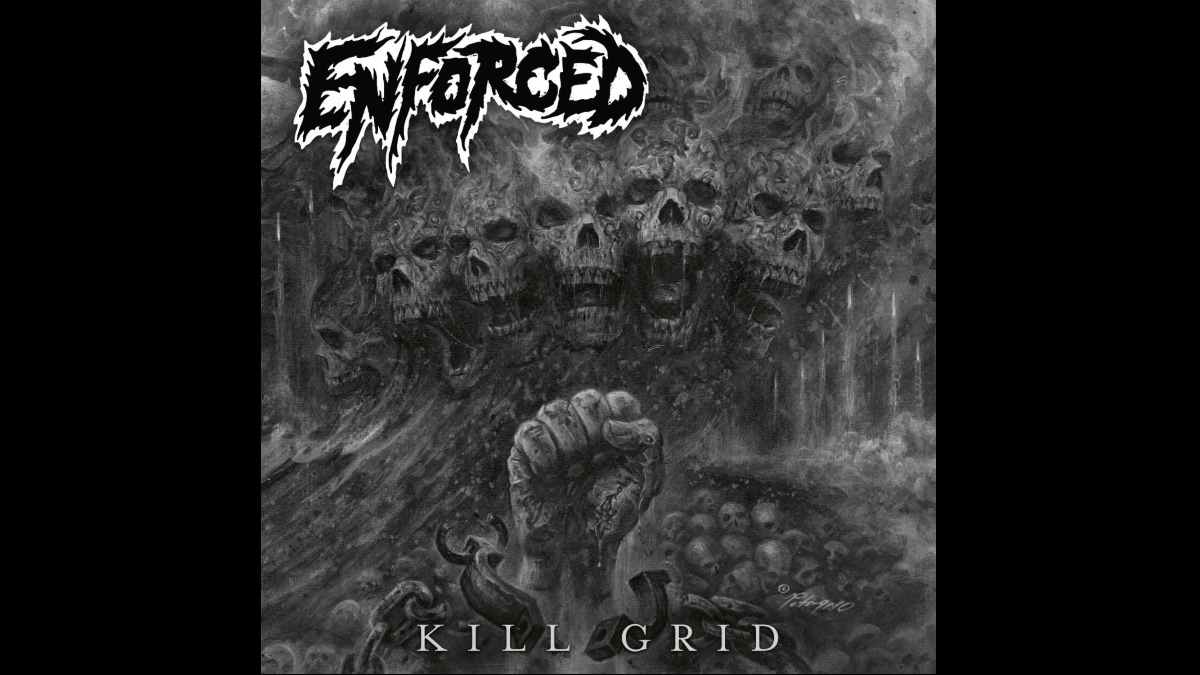 Enforced have delivered a visualizer video for their brand new track "Curtain Fire". The song comes from the band's forthcoming album, "Kill Grid," which is set for release on March 12th

Singer Knox Colby had this to say, "Also known as 'the creeping barrage,' curtain fire is an artillery tactic used in tandem with advancing ground troops.

"It's meant to soften up defenses or wipe them out completely. The lyrical narrative is on the defending end of curtain fire; ruminations on the death of soldiers, their grieving families, and how they'll eventually be forgotten through time (a folded flag in a garage).

The last few lines flip to the perspective of the attacker. With a very apathetic and unsympathetic attitude towards all the damage created, paving a parking lot over the conflict."

Guitarist Will Wagstaff added, "This song came together from the supernova of many other riffs/versions of the song. It was originally an up-tempo fast metal beat type of song.

"We kind of scraped that when we came up with the intro and realized it could be a really catchy song. Knox's lyrics work perfectly with this song and make it extremely catchy along with the head bashing and solos." Watch the video below: