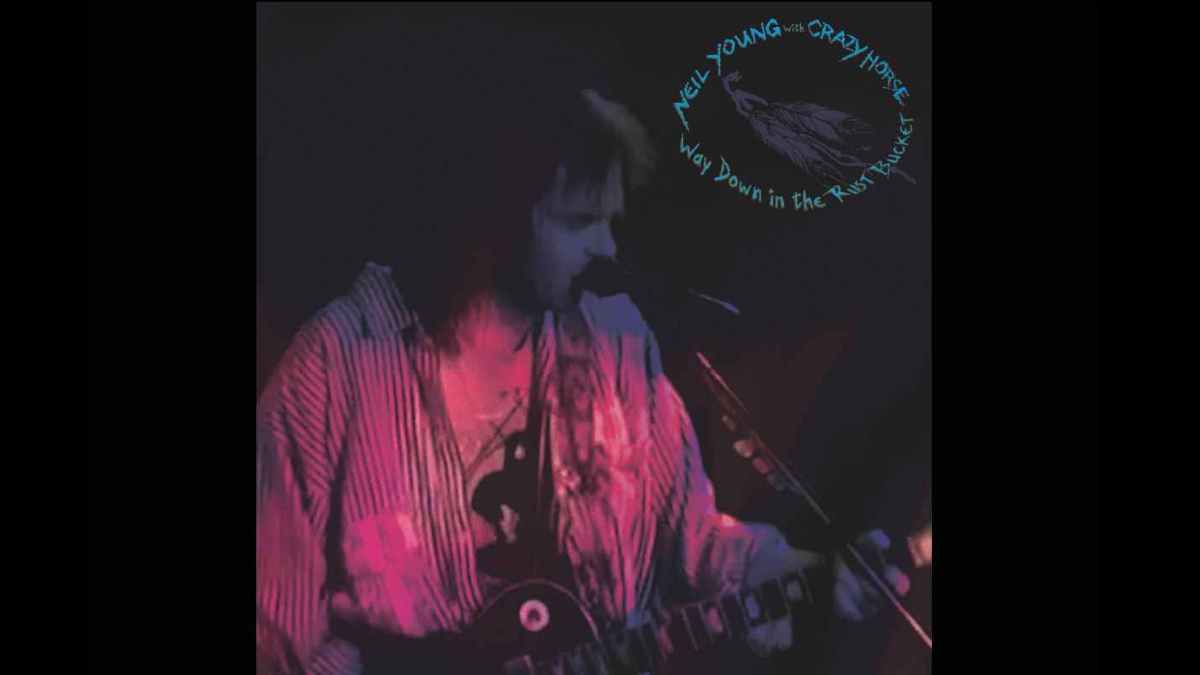 (hennemusic) Neil Young and Crazy Horse are streaming video of a 1990 performance of "Mansion On The Hill" from the newly-released live package "Way Down In The Rust Bucket."

The lead single from "Ragged Glory" is among the tracks captured during a rare club show before just fans at the Catalyst in Santa Cruz, CA on November 13, 1990 just two months after the release of the album as the band warmed up for an impending arena tour in support of the project.

The group rocked a three-hour-plus performance over three sets, with songs like "Love And Only Love" and "Like A Hurricane" both stretching past ten minutes each; the evening also marked the live debut of "Danger Bird", a track from Young's 1975 album "Zuma", as well as material from "Ragged Glory."

"This show is one of my all-time Crazy Horse favorites," shared Young recently. The album and concert film of "Way Down In The Rust Bucket" is now available in multiple formats, including 4LP, 2 CD and a box set edition that includes both formats and a DVD of the performance that adds "Cowgirl In The Sand." Watch the video here.