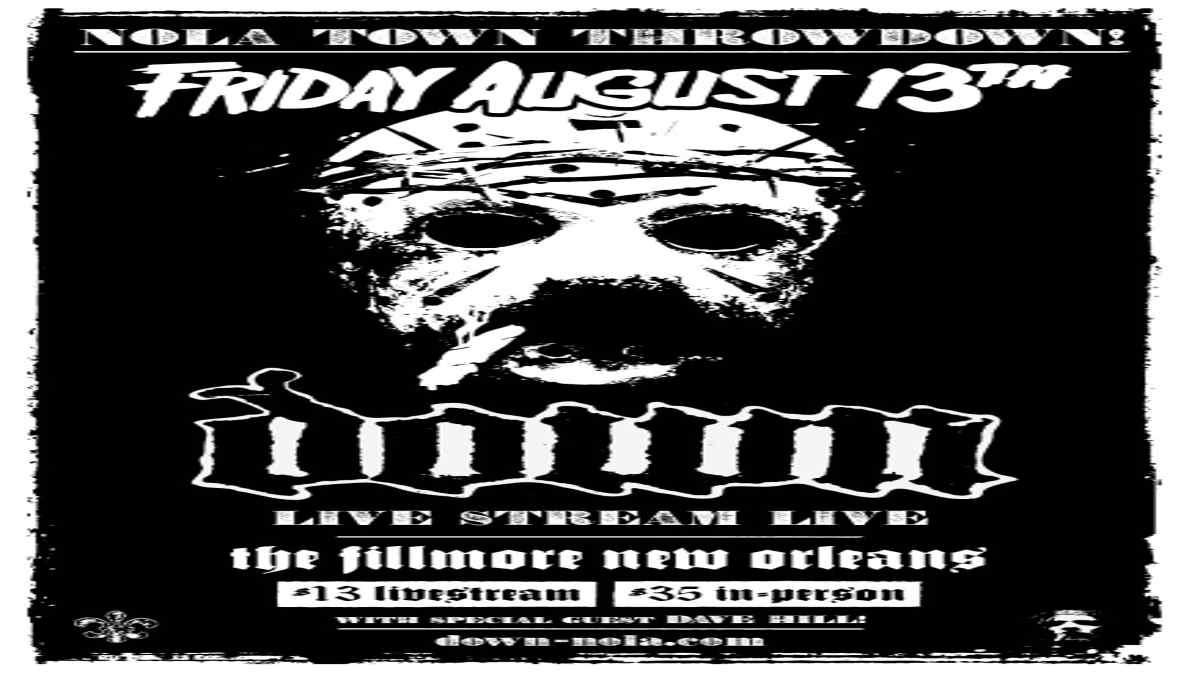 Metal supergroup Down have announced that they will be returning to the stage on August 13th for their NOLA Town Throwdown in-person concert that will also be livestreamed.

The band, frontman Philip H. Anselmo, guitarists Pepper Keenan and Kirk Windstein, drummer Jimmy Bower, and bassist Pat Bruders, will be taking the stage at the Fillmore in their hometown of New Orleans for the special event.

Kirk Windstein had this to say, "Playing on stage with my brothers in Down is always a special moment to me. We can't wait to blow the roof off of The Fillmore! Being in NOLA takes this to a whole new level!"

Jimmy Bower shared, "It's been way too long, y'all! I can't remember the last time we played NOLA. On Friday, August 13th we will play our hometown. A Down show y'all! Old friends, good times, and great tunes on a superstitious night! We're ready to jam, are you?"

Pepper Keenan added, "NOLA Town Throwdown is a long time coming. Let's do this and make it epic! Up the hammers!"

Pat Bruders concluded, "Through the hard times and now for the good times, this is gonna be a very special show for everyone! We're ready to turn it up and slam it DOWN!"

Singled Out: High Shores' Let Me Down