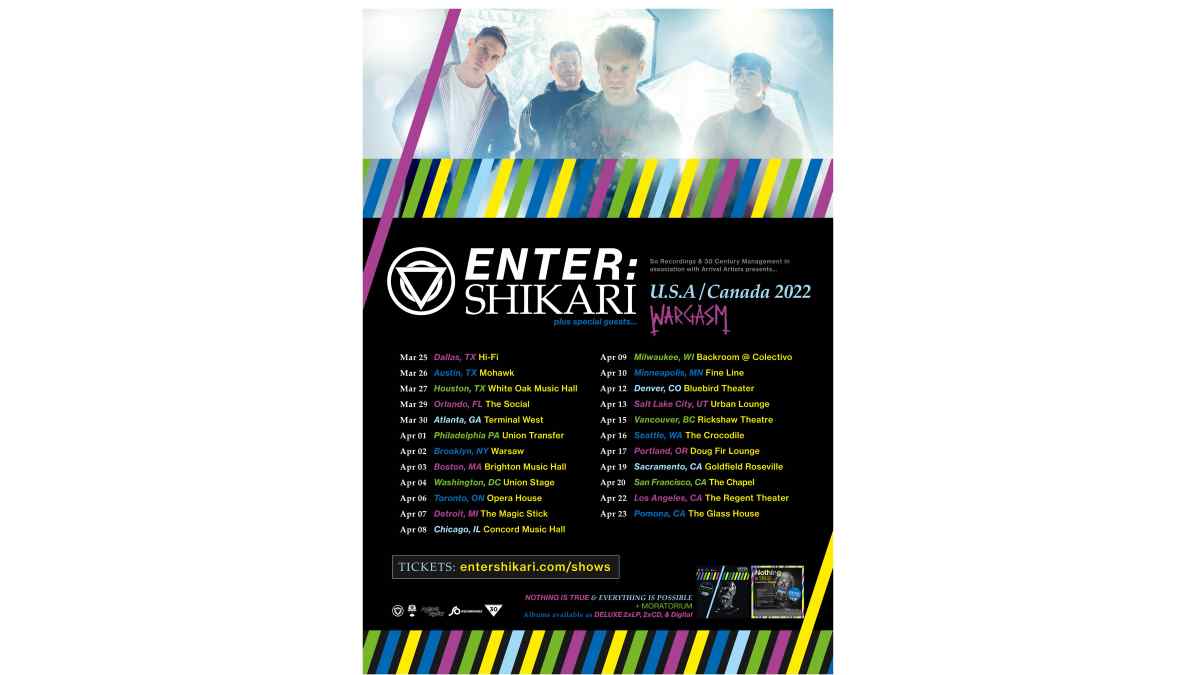 Frontman Rou Reynolds had this to say, "After waiting patiently for almost two years for the opportunity, we can't believe we're finally going to get to play tracks from Nothing Is True... on actual North American soil, in front of you wonderful North American people."

The trek is scheduled to launch on March 25th at Hi-Fi in Dallas, Tx and will be concluding on April 23rd in Pomona, Ca at The Glass House. See the dates below: