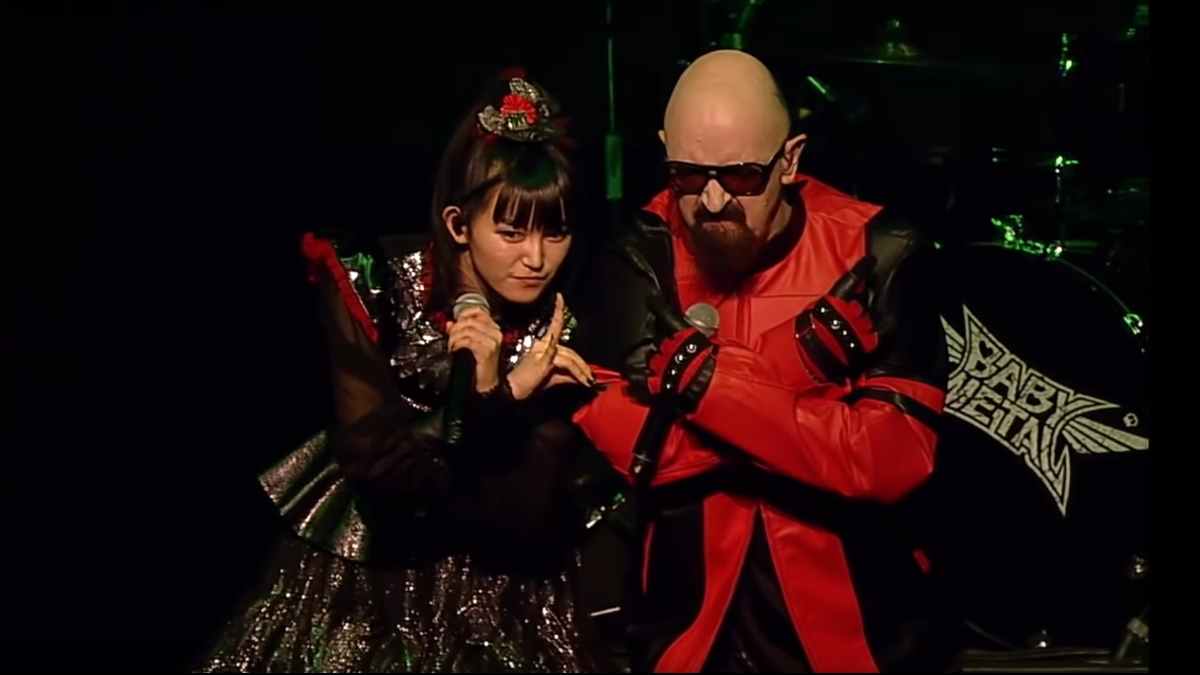 Judas Priest frontman Rob Halford has performed with Babymetal in the past but he recently shared his desire to collaborate with the group in the recording studio.

Halford reflected on performing the Judas Priest classics "Breaking The Law" and "Painkiller" with the group at the 2016 Alternative Music Awards during an interview with Metal Hammer. He said, "I was delighted to be asked. It was such a hectic day that it was over in a flash, but it was a blast."

Rob went on to express his desire to work with them again. He shared, "It would be great to jump in on a Gimme Chocolate!! or a Headbangeeeeerrrrr!!!!!.

"But, even more than that, I would love to sing in Japanese, because I've never done anything like that. It would be a thrill to sing a Babymetal song, but, rather than one of their existing songs I'd like to do something unique.

"We could make a one-off special, that would be a dream. Maybe when Priest goes to Japan next, we can stop in a studio and do an original song. Call it 'Fox God Metal God'!"

Watch the 2016 collaboration below: