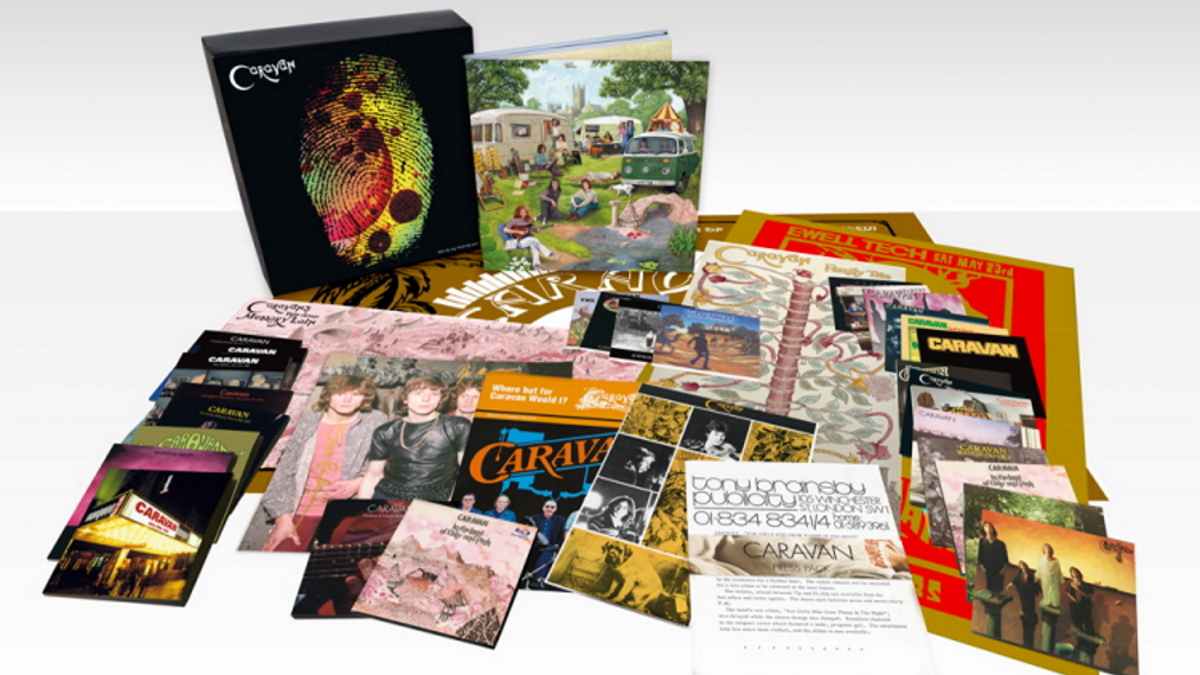 Prog icons Caravan have announced that they will be releasing a massive limited edition 37-disc deluxe boxset called "Who Do You Think We Are?" on August 20, 2021.

Glass Onyon sent over the following details and a trailer for the forthcoming set: The ultimate tribute to the legendary Canterbury band - 2500 copies only worldwide!

The Canterbury scene combined elements of jazz, folk, rock and melodic pop into a sound that bridged the gulf between psychedelia and progressive rock, and ultimately shattered all genre barriers. At the heart of the Canterbury scene was a group of musicians whose career has now spanned more than half a century: the legend that is CARAVAN.

"Who Do You Think We Are?" is the ultimate tribute to the ultimate Canterbury band. This deluxe box set runs to a staggering 37 discs. All the official Caravan albums - studio and live recordings among them - are joined by eleven discs of previously unreleased live performances. A Blu-ray includes remixer extraordinaire Steven Wilson's 5.1 surround sound mix of the classic In the Land of Grey and Pink album. In addition, a DVD includes vintage European TV performances from 1971 - 1981 (London Marquee, German TV's Swing In, Bataclan, Paris & French TV show 'Pop 2').

The lavish packaging of the set reflects the band's stature. A hardback coffee table book features rare Caravan photos and memorabilia, and a full discography. A second Fan Club book assembles historic press articles from across the band's career, alongside a new interview with founder member Pye Hastings. Every copy of the box includes a photo signed by the three surviving members of the original Caravan line-up: Pye Hastings, Richard Sinclair and David Sinclair. The celebration continues with a selection of memorabilia: a Caravan-centric map of Canterbury; a specially commissioned Caravan family tree poster, charting their long and circuitous progress; and two replica 1970s gig posters.

Put together with the band's full cooperation, the full list of contents is as follows: