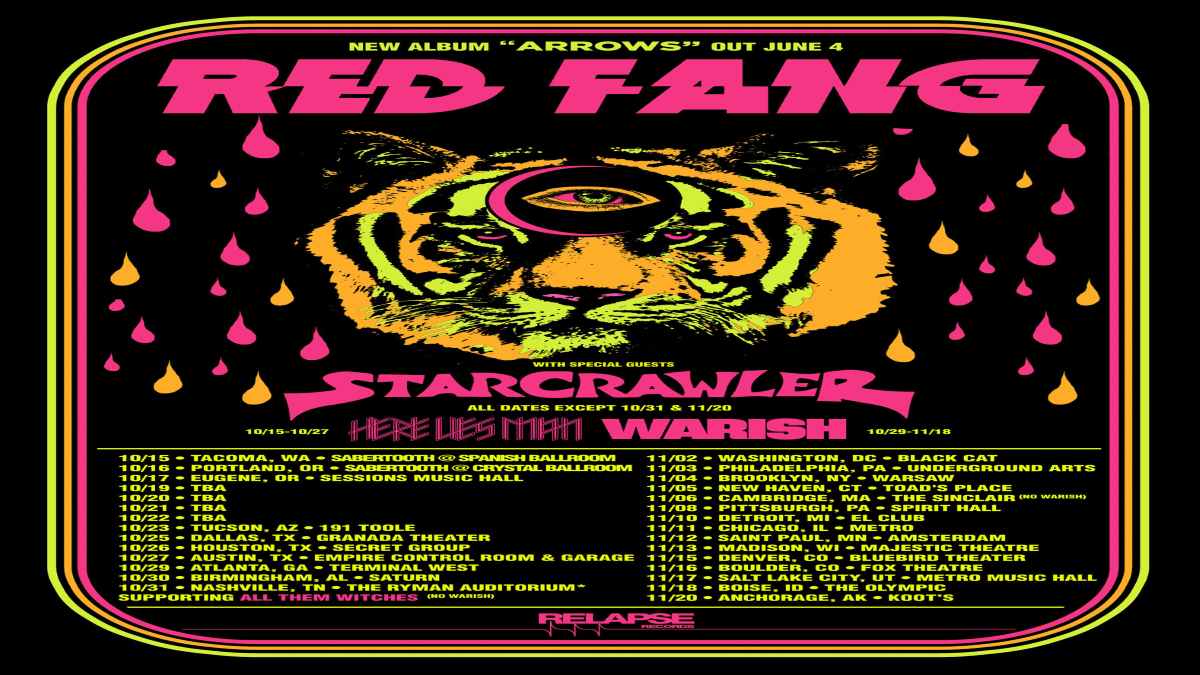 Red Fang have announced that they will be launching a U.S. headline tour fall to promote their brand new album "Arrows", which is set to hit stores this Friday, June 4th.

The trek will feature support from Starcrawler on all headline dates, except when Red Fang plays their very first show in Alaska at Koot's in Anchorage on November 20th.

Guitarist Bryan Giles had this to say, "It'll be two years in the waiting, but we're finally hitting the road in October! If we don't stop pinching ourselves we're gonna draw blood.

"I'm so happy to announce that Starcrawler, Here Lies Man and Warish are joining us on this epic tour! It's gonna be a barn burner from start to finish with this line-up for sure.

"I can't wait to play tunes off our new album on stage for the first time and see old friends and new, so please come join the celebration with us! Long live LIVE!!!" See the dates below: