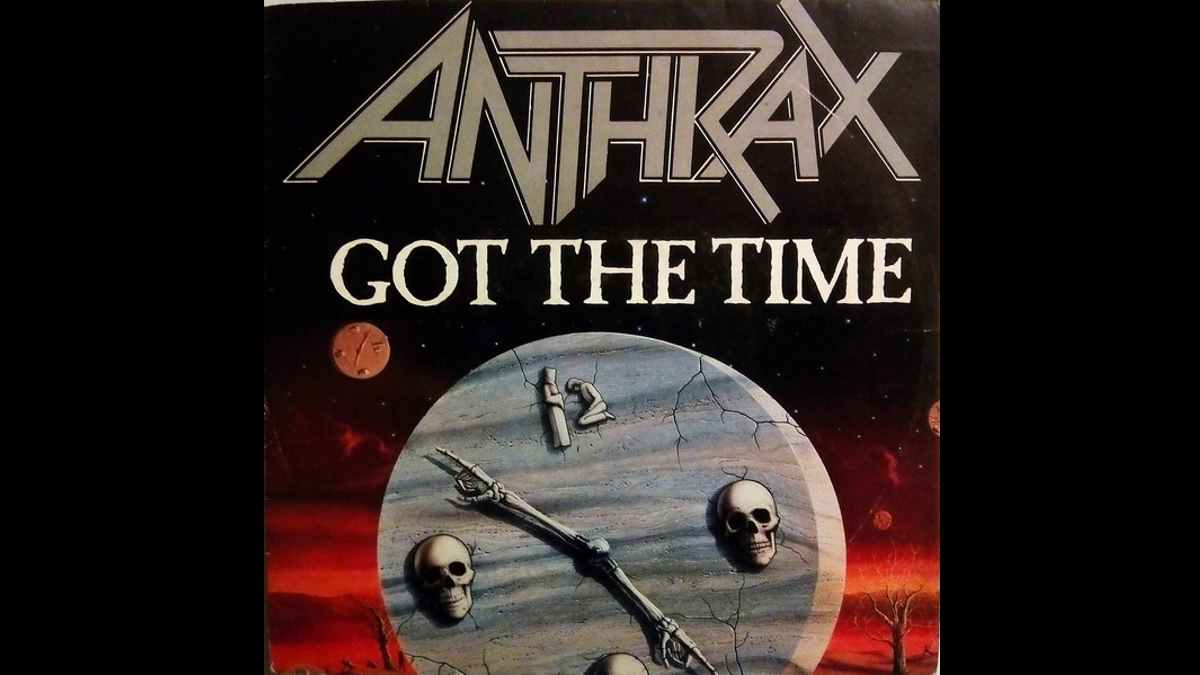 (hennemusic) Anthrax members and fellow rockers share their thoughts on the band's crushing 1990 cover of Joe Jackson's 1979 new wave classic, "Got The Time", in the 14th and latest installment of the band's 40th anniversary video series.

What became the lead single from the group's fifth record, "Persistence Of Time", wasn't originally intended to even be included on the album. "On 'State Of Euphoria', I just wanted to do this song, 'Antisocial', because I loved it so much," says drummer Charlie Benante, "and everyone else in the band loved it,and we did a cover of it and actually put it on the record .. and people thought it was our song - it's not our song, it's from Trust - it was a big hit, video was huge. And then, when it came to the next album, 'Got The Time' wasn't supposed to go on the record; it was just supposed to be a b-side ..but it came out so great and everybody loved it that we ended up putting it on the record. And it became a big song for us."

"Great song," adds Henry Rollins, "but when you listen to the Anthrax version, on the verses ... listen to what the rhythm section is doing, the way they're swinging it - that's so cool, that's some advanced playing; you gotta have some game to be able to bring that."

"Got The Time" earned Anthrax a top 20 hit in the UK, while "Persistence Of Time" delivered the band their highest US chart placement to date when it reached No. 24 on the Billboard 200 while earning Gold status for sales of 500,000 copies in the country.