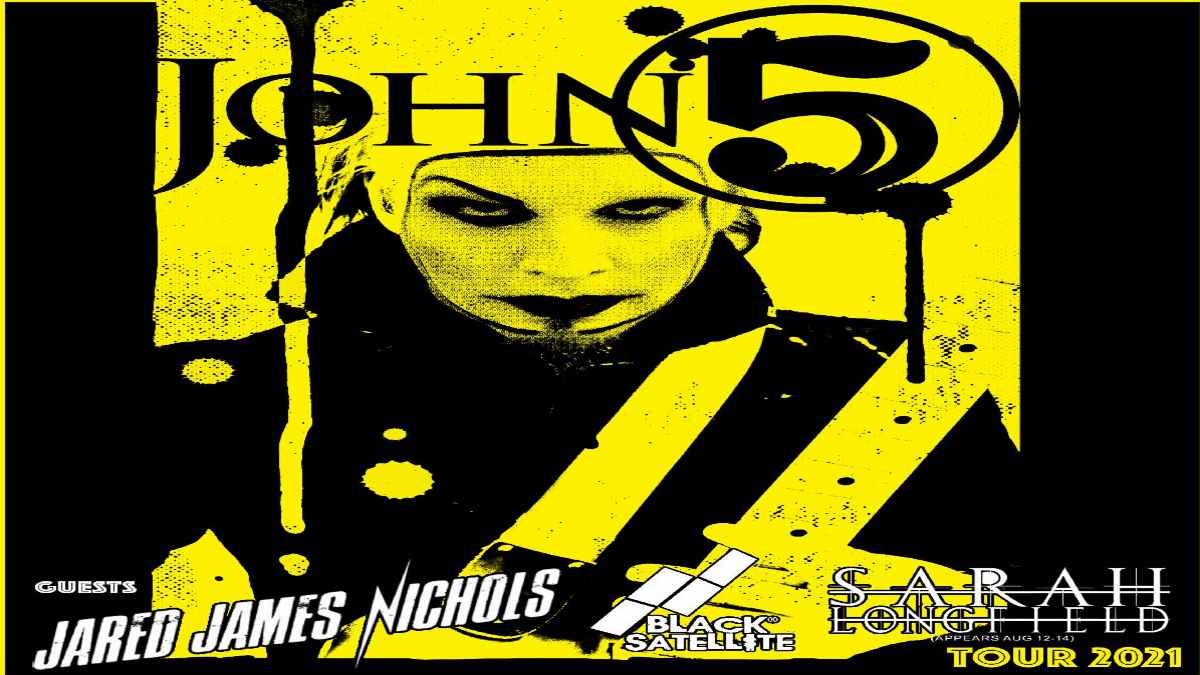 John 5 has announced that he will be hitting the road for a 22 date solo tour of the U.S. this summer that will feature support from Jared James Nichols and Black Satellite.

YouTuber, musician, and multi-instrumentalist Sarah Longfield will also be joining the trek on select dates in Sioux Falls, Sioux City at The Marquee and Lincoln at Royal Grove.

The trek is set to get underway on August 10th in Iowa City, IA at the Wildwood and will be wrapping up on September 3rd in Pryor, OK at this year's Rocklahoma.

John 5 had this to say, "I've always been excited to go on tour but this time it's amplified by a million. I can't wait to see everybody's faces and say hello to everybody coming out to the shows.

"I'm very excited to have Jared James Nichols, Black Satellite and Sarah Longfield joining us on this run. I'm sure we're gonna have a great time." See the dates below: