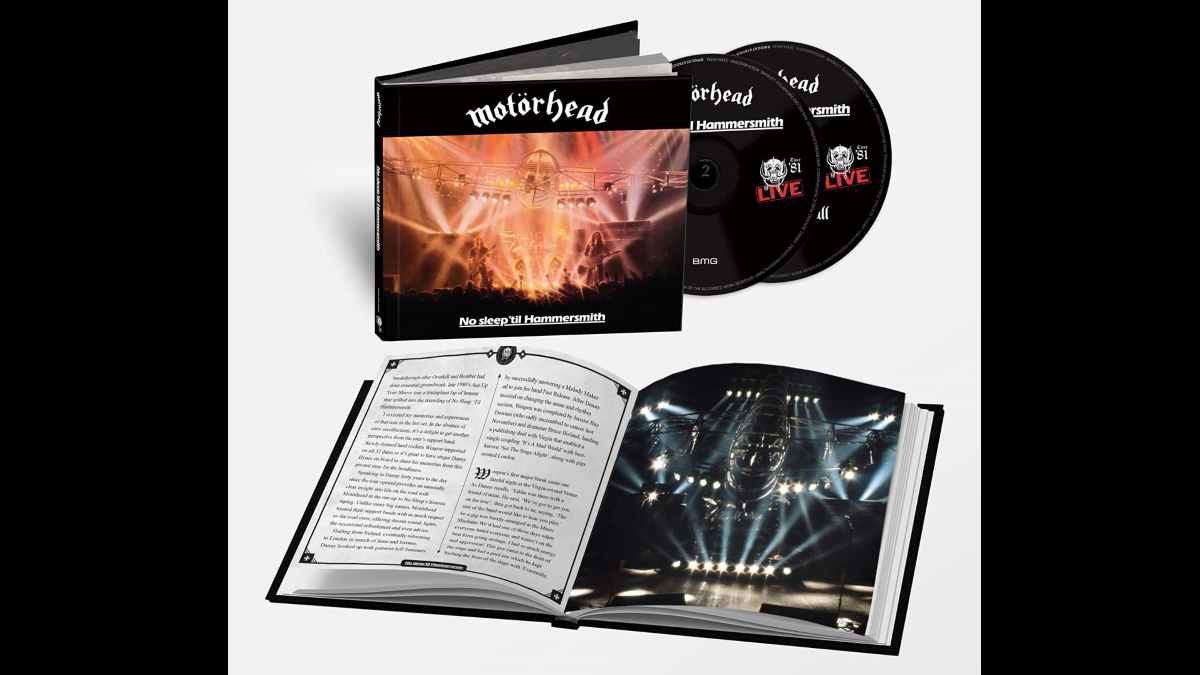 (hennemusic) Motorhead are sharing a previously-unreleased soundcheck version of "Stay Clean" as a preview to the June 25 release of a series of expended 40th anniversary reissues of their classic 1981 live album, "No Sleep 'Til Hammersmith."

"The soundcheck is an integral part of the life on the road," says the band, adding that the audio was "from the warm up for the show in Newcastle on 30th March 1981, the third night of the No Sleep 'Til Hammersmith recording."

The album took its title from an inscription painted on one of the band's trucks, which referenced the 32 gigs they were playing on a UK tour with only two days off.

The project delivered Motorhead their first and only UK No. 1 as they continued to their momentum following the impact of 1980's "Ace Of Spades."

To celebrate its 40th anniversary, "No Sleep 'Til Hammersmith" will be available in new deluxe editions; there will be hardback book-packs in two CD and triple LP formats, featuring a new remaster of the original album, bonus tracks and the previously unreleased - in its entirety - concert from Newcastle City Hall, March 30, 1981, as well as many previously unseen photos.

A 4CD box set presents the original album plus all three concerts recorded for the album - issued in their entirety for the very first time - plus memorabilia, incuding posters from the 1981 tour, a reproduction USA tour pass, a European tour badge, a reproduction Newcastle City Hall ticket, a Port Vale gig flyer post card, and a Motorhead guitar pick. Read more and stream the song here.