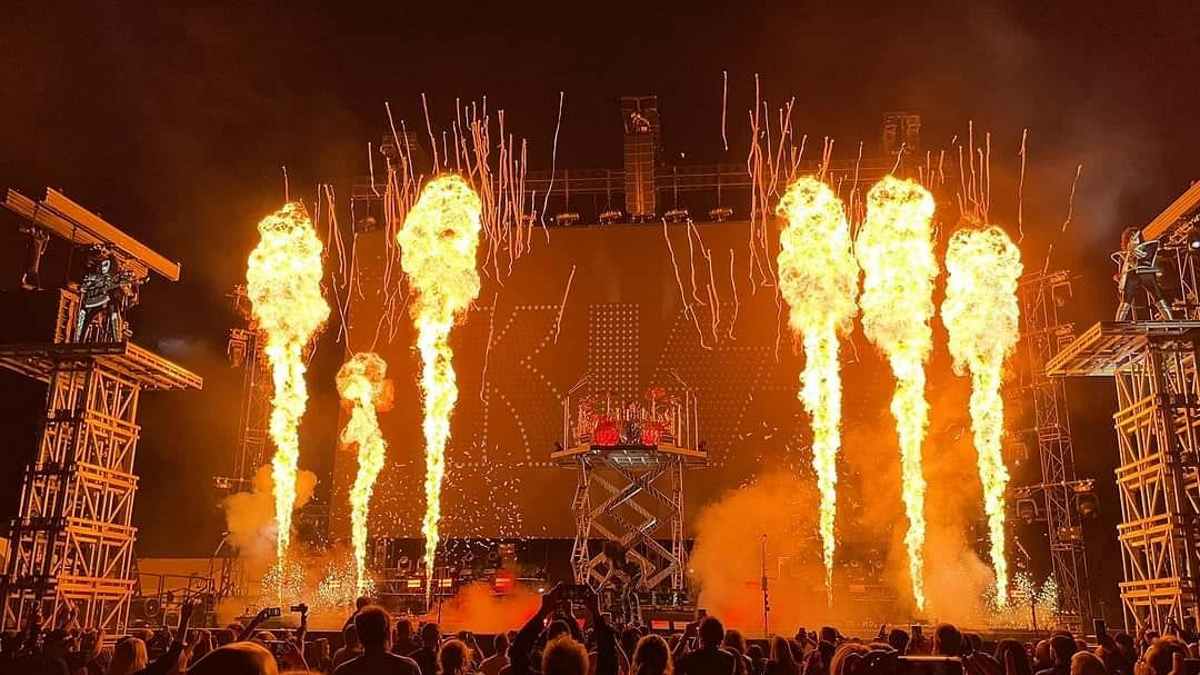 (hennemusic) KISS performed at the 2021 Tribeca Film Festival in New York City on June 11 following the screening of Part One of their new A&E documentary, "Biography: KISStory", and fan-filmed video has surfaced online.

The band delivered a five-song set that included "Detroit Rock City", "Shout It Out Loud", "War Machine", "Heaven's On Fire" and "Rock And Roll All Nite."

"Biography: KISStory" chronicles the band's five decades in the business as Paul Stanley and Gene Simmons reflect on their career, after forming the group in New York City in January of 1973 from the ashes of the pair's previous band, Wicked Lester; the original lineup - which also featured guitarist Ace Frehley and drummer Peter Criss - were inducted into the Rock And Roll Hall Of Fame in 2014.

A&E will premiere "Biography: KISStory" with a two-night event on June 27 and June 28 from 9 p.m. ET to 11 p.m. ET. KISS have just announced a series of rescheduled and new US concert dates for this fall. Watch the video of the performance and red carpet here.