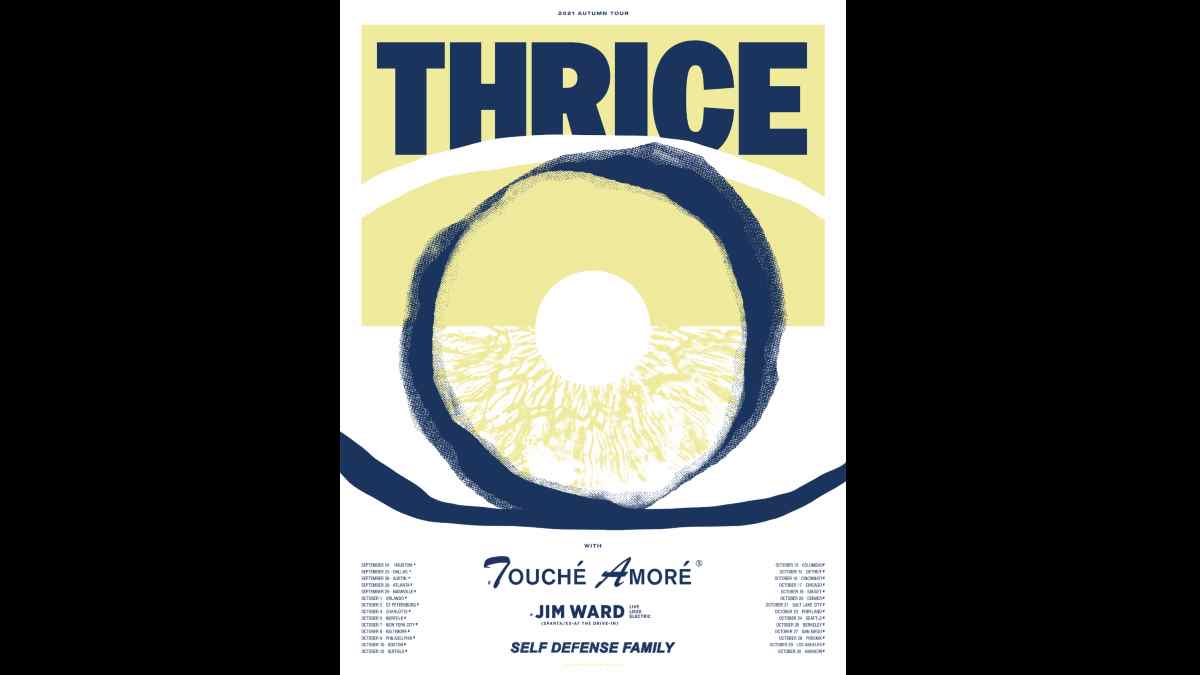 Thrice have announced that they will be returning to the road this fall for their 2021 Autumn Tour that will feature special guests Touche Amore, and Self Defense Family.

Jim Ward also be on the bill for the first three shows (Texas) on the tour which is set to kick off on September 24th in Houston, TX at the Warehouse and will wrap up on October 30th in Anaheim, CA at the House of Blues.

Riley Breckenridge had this to say, "The sense of community and pure exhilaration of live music is something we've missed dearly over the past year and a half, so we're beyond excited to get back on the road and play shows again.

"Sharing the stage with two incredible bands in Touche Amore and Self Defense Family is an honor and a thrill, and having an opportunity to help fill the void we've all felt recently is something we're truly grateful for." See the dates below:

Thrice Say 'Open Your Eyes and Dream' With New Song