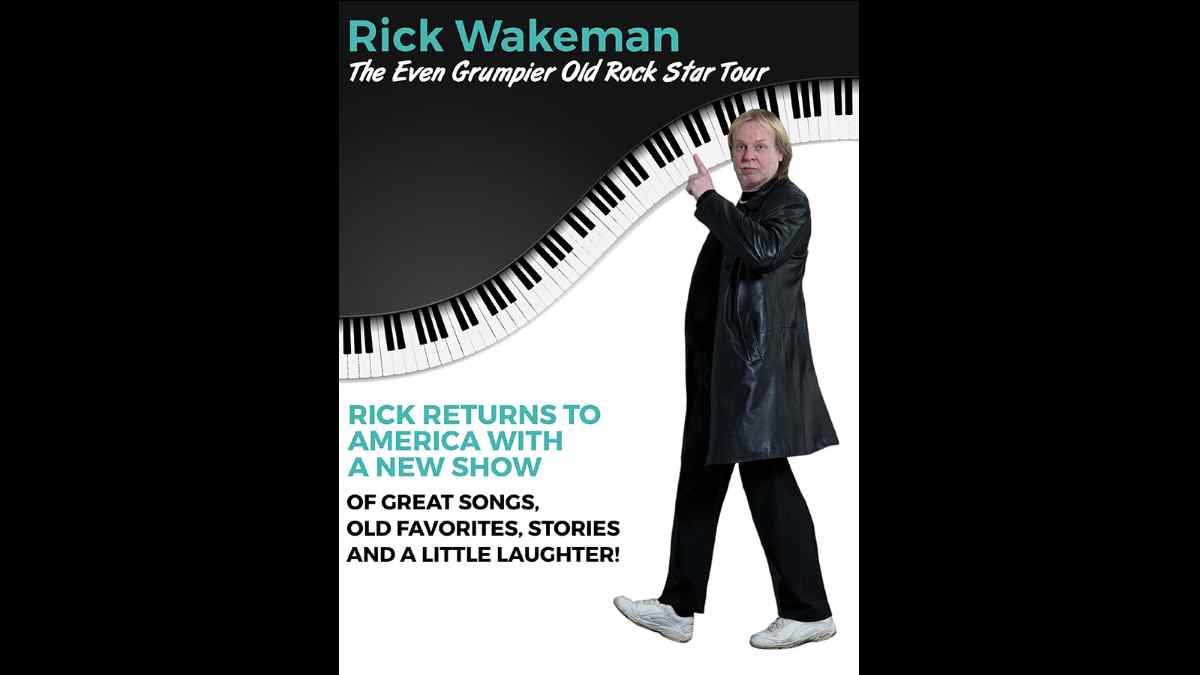 Yes legend Rick Wakeman has announced that he will be returning to the road this Fall for his The Even Grumpier Old Rock Star Tour of North America.

Wakeman's original The Grumpy Old Rock Star Tour was sidelined by Covid-19 pandemic, forcing Rick to endure 18 months of lockdown in the UK but he is ready to return to stage for the rescheduled trek.

The Even Grumpier Old Rock Star Tour will be kicking off on October 14th at the Tupelo Music Hall, Derry NH and will conclude on November 19th at the Nancy and David Bilheimer Capitol Theatre in Clearwater FL.

Wakeman was just honored by Queen Elizabeth II, who named him a Commander of the Order of the British Empire (CBE) in her recent annual Birthday Honours. See the tour dates below: