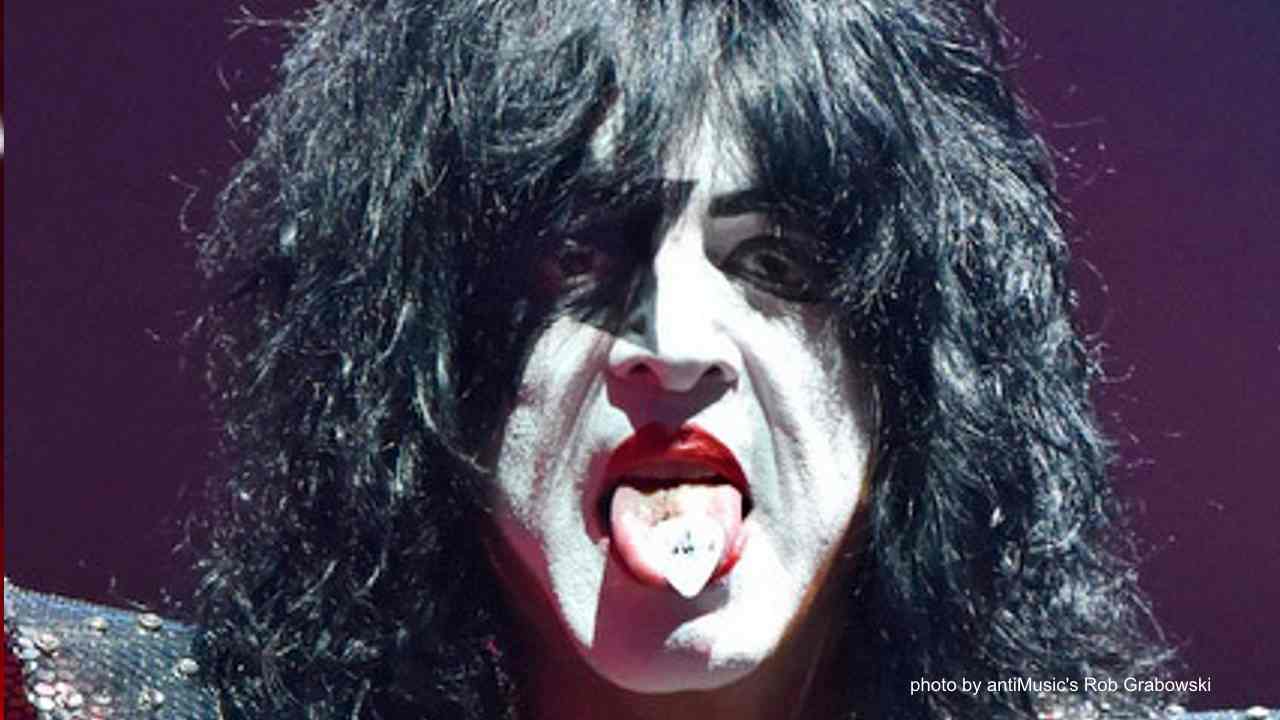 (hennemusic) KISS are sharing a video preview of their new A&E documentary, "Biography: KISStory", ahead of its broadcast premiere this weekend with a a two-night event on June 27 and June 28 from 9 p.m. ET to 11 p.m. ET.

In a video preview, band mambers revisit an early conversation with their first manager that led to some of the group's key stage visuals and marketing plans.

"Bill Aucoin says 'You guys are doing a song called 'Firehouse'," recalls Gene Simmons, "One of you guys has to spit fire."

"'Who wants to try?'" Paul Stanley remembers the manager asking the group, with Simmons stepping into the role for live performances.

"Literally the very first show we did, my hair went up like a matchstick," explains Simmons, "and the fans loved it!"

Stanley credits Aucoin with the idea of the band members creating characters through the use of makeup, while remaining anonymous off stage: "Bill was also the guy who came up with the idea 'you guys are never going to be seen without makeup'".

Simmons continues: "He said to us, 'Marilyn Monroe, she never took a photo where she looked frumpy without her make-up. Whenever you saw her she was Marilyn Monroe 24 hours a day. That's what you guys should be doing.' So we did." Watch the preview here.