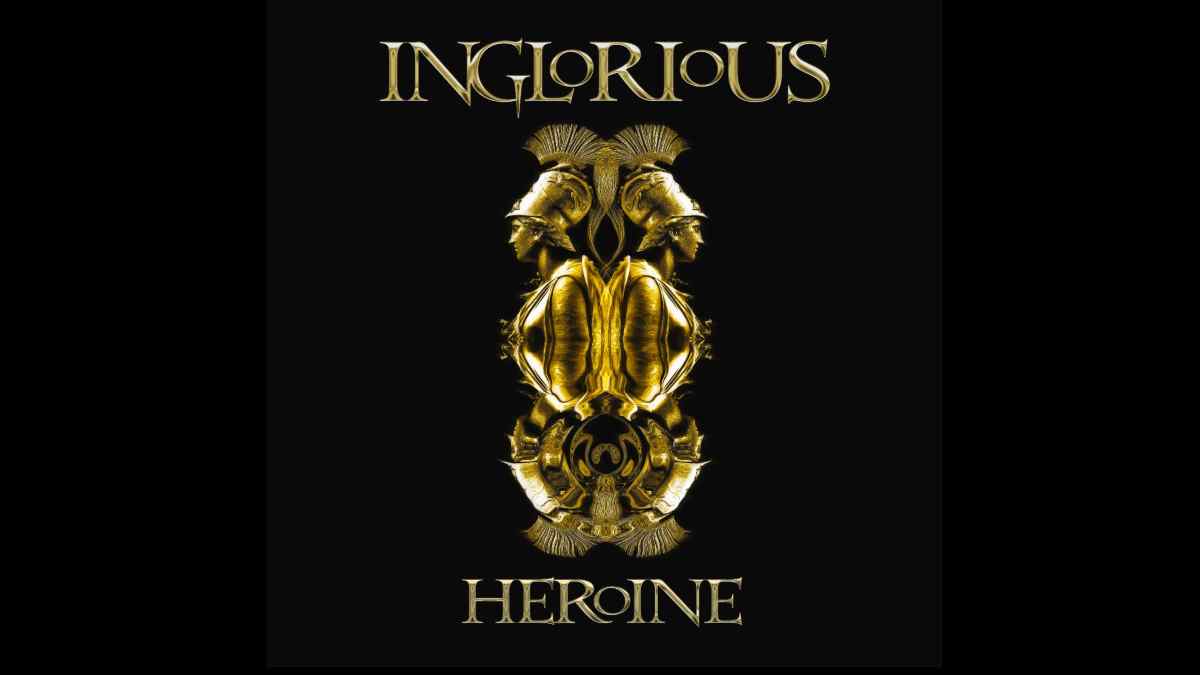 British hard rockers Inglorious have released a music video for their cover of Miley Cyrus' "Midnight Sun", which is the first single from their forthcoming covers album, "Heroine", which is set to hit stores on September 10th.

For the band's very first covers album, they have decided to put their own rockin' spin on tracks from female fronted acts like Heart, Evanescence, Alanis Morissette, Halestorm, Tina Turner, and Joan Jett, as well as pop stars like Cyrus, Whitney Houston, Avril Lavigne, and Christina Aguilera.

Nathan James said of the band's take on "Midnight Sky", "Miley [Cyrus] has tons of great songs, but is clearly a rocker to the core. We are all about the female empowerment in this modern classic and it has one of those choruses you can't help but singing along to."

He said of the album, "First things first, we know it is impossible to make these songs better, the originals are perfect and the performances legendary, so acknowledging that we weren't even gonna come close to the magic of the originals took the pressure off and we could just enjoy making this super fun album. It's about bowing to these incredible artists and, for me personally, saying thank you for sharing their gifts with the world.

"People assume that the singers I idolise are bluesy rock men, but they couldn't be more wrong. Everyone of these artists has inspired me as a performer, writer, singer, or person. Whether it be the unbeatable voice of Whitney, the charisma of Tina, the honesty of Alanis, the intensity of Lzzy, or the control of Amy Lee. I love the fire all these women bring to their music and that's what we wanted to say thanks for.

"Not only to these artists, but the awesome women in all of our lives who have loved us and continue to support us. With this in mind we are donating a pound from every copy sold on our webstore to the fantastic charity Women's Aid (https://www.womensaid.org.uk/), who do amazing work supporting women and young girls." See the tracklist and watch the video below:

Singled Out: Inglorious' She Won't Let You Go