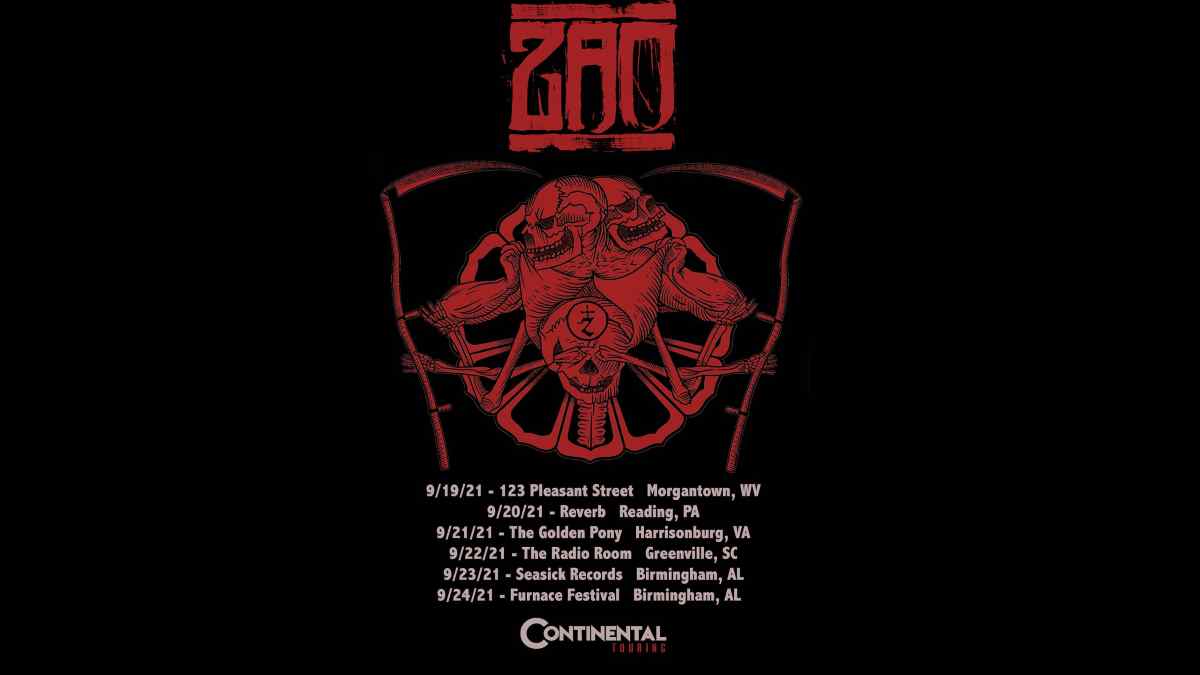 Zao have announced a string of headline show in September leading up to their appearance at this year's Furnace Festival in Birmingham, Al on September 24th.

They will be kicking things off in Morgantown, WV on September 19th at 123 Pleasant Street, followed by shows in Reading, Harrisonburg, Greenville and Seasick Records in Birmingham.

The band released their latest studio album, "The Crimson Corridor" back in April. See the headline dates and watch the video for the single "Ship Of Theseus" below: