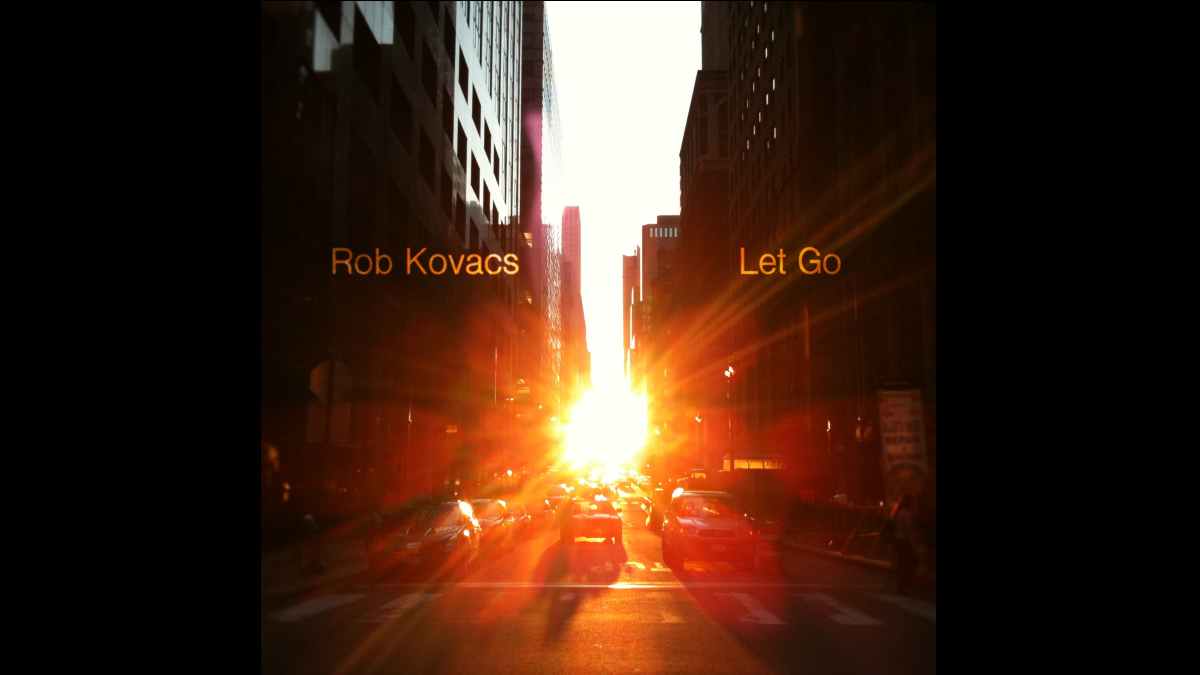 Indie-rock singer-songwriter and pianist Rob Kovacs recently released his debut album "Let Go", and to celebrate we have asked Rob to tell us about the track "Reach You". Here is the story:

I should mention right off the bat that "Reach You" was written very unconventionally. I started writing it in 2007, got stuck, and then didn't really touch it again until 2016 when I decided I was going to make the album, Let Go. All of the songs on this album (which initially was just going to be an EP) were started during and inspired by an intense romantic relationship. The album itself takes the listener through the story from beginning to end.

To help complete the album though, I knew I'd have to revisit this particular song. I already had the entire music, melody and form of the song written, but the only lyrics I had were the bridge and the final outro which just repeats the phrase "Will I ever really reach you?" I still had to write the verses and chorus to not only complete the song but also help tell the story of the album. The only problem is, I was almost ten years removed from the moment that sparked this song.

Luckily, I had journaled a lot during this time. In fact, I never really journaled until this relationship. Before I started writing things down, I remember feeling like my thoughts were out of control and I just needed to get them out. Not having a journal or a spare notebook initially, I would just take sheets of paper and write. It helped to stop my brain from endlessly swirling, and to regain brief moments of clarity.

Having since committed to finishing this song, I went back and started reading through all of my journal entries from that time. A lot I had forgotten, but rereading helped bring me back into the emotions I was feeling. There was a lot of loss, confusion, being in love, struggle, pain and frustration.

And this relationship was certainly unconventional. I use the term "relationship" loosely as in we spent time together, we fell in love and we related to one another. But it was doomed to fail from the start and I knew it even then. Any moments of being together were fleeting. She had a boyfriend whom she was also in love with. A good ol' fashioned love triangle. Someone is going to be hurt and it's definitely going to be all of us.

She had entered into my life at a time where I was craving this feeling, craving to feel in love. I had been in love before, and I had been hurt as is often how love goes. But now I was calloused from it, afraid to be vulnerable again. And future relationships had suffered as I was unwilling to let myself love again. I didn't even know if I could anymore.

But then this person came along, and a feeling I hadn't felt in years was awakened. She was so enticing. So interesting, intelligent, artistic, musical, beautiful, puzzling, like no one I'd even met, and ultimately, I was smitten and loved it. The impracticality of it didn't matter. Just let me enjoy this feeling and I'll deal with the aftermath when it comes.

Well, it sure came quick and within weeks it was over as soon as it started. And I went through the motions of this familiar but ultimately nonfatal heartbreak. And I was, at the very least, pleased to know that I can feel strongly for someone again.

And that was that.

But... then the relationship didn't quite end there. It would start up again and this time be more intense. But just like the first time, within a few weeks, it was over. And I'd again begin moving on.

But it wasn't that simple. We'd keep finding our way back to one another. Until it would end again. It became a cycle. I felt I had no control. And each time the intensity of emotions would get ramped up another notch, making this whole thing even more irresistible.

Which brings me to the moment where the song takes place: After about four months of doing this rapid back and forth, on and off, I was determined to move on for good. I had had enough of this love feeling. What I had been missing for so long, was now causing me such stress and pain. It consumed my thoughts and ideas, my wants and desires. There was a moment - driving in my car to see her - that for the first time in my life, I didn't even care about music.

I desperately want to be with this person but in reality, there's no way to have a trusting, meaningful, and vulnerable relationship. I'm feeling so many mixed emotions. Pain like I've never felt before. Anger because of the pain. Frustration as there is no way to "win" for anyone. It is a mess.

And despite all of that, I've never wanted anyone or anything more. It seemed so close, so within reach. And I believed it was attainable. And I don't give up easily. I'm going to search every possible path, leave no stone unturned. My logical brain may have determined early on that it's over, but my emotional brain is stubborn and undeterred. There must be a way. A love like this has never felt so real, so tangible, so close.

This is what it is. This is the relationship. An intense endless longing. Always apart. The horizon just off in the distance. An imaginary oasis in the desert. An approach to zero. The asymptote. Always getting closer. But never touching.