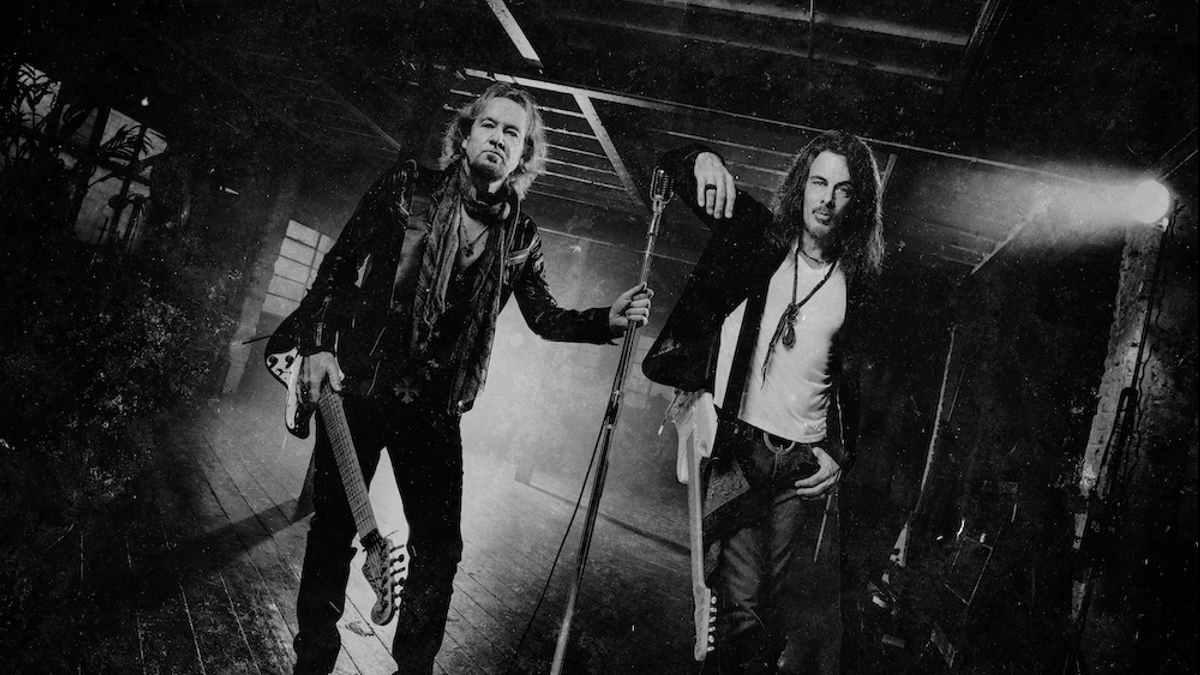 Adrian Smith and Richie Kotzen have released a lyric video for the new Smith/Kotzen single "Running." The track comes from their forthcoming debut album which is set for release on March 26th.

The project is a collaboration between Kotzen and the legendary Iron Maiden guitarist and "Running" is the third single from the record, following the previous singles Taking My Chances" and "Scars".

Adrian had this to say about the new song, "It's a really cool sort of driving track, one of the heavier ones on the album and we're excited to get it out there ahead of the album release.

"We've both been thrilled by the reaction to our music so far and are very much looking forward to meeting up again as soon as we can, to write some more songs together."

Richie added, "Running was the first song Adrian and I worked on. Adrian came in with that heavy verse riff which lead me to conjuring up what lives as our chorus to the composition.

"Running is surely one of my top three favorites on the Smith/Kotzen album and I really look forward to playing this one live". Watch the lyric video below: