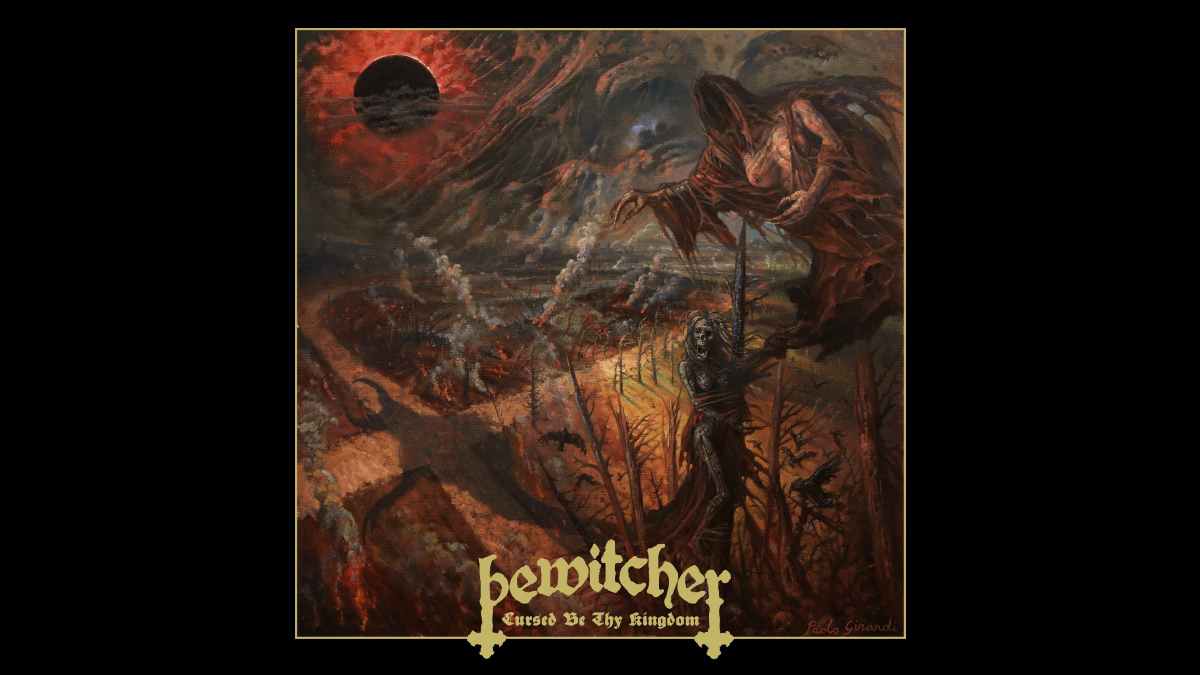 Bewitcher have released a music video for their new single "Valley of the Ravens." The track comes from their forthcoming album "Cursed Be Thy Kingdom", which is set to hit stores on April 16th (vinyl on May 14th).

Vocalist and guitarist M. von Bewitcher had this to say, "In the burning times, tried and convicted for her crimes of black magic, a witch is sent to her demise in the dreaded wastelands where the scavenger birds make their home.

"Awash in atmosphere and dark bluesy energy, 'Valley of the Ravens' is a tale of death, rebirth and eternal vengeance." Watch the video, which is billed as "inspired by '70s Hammer Horror run through a Tarantino/Lynch lens", below: