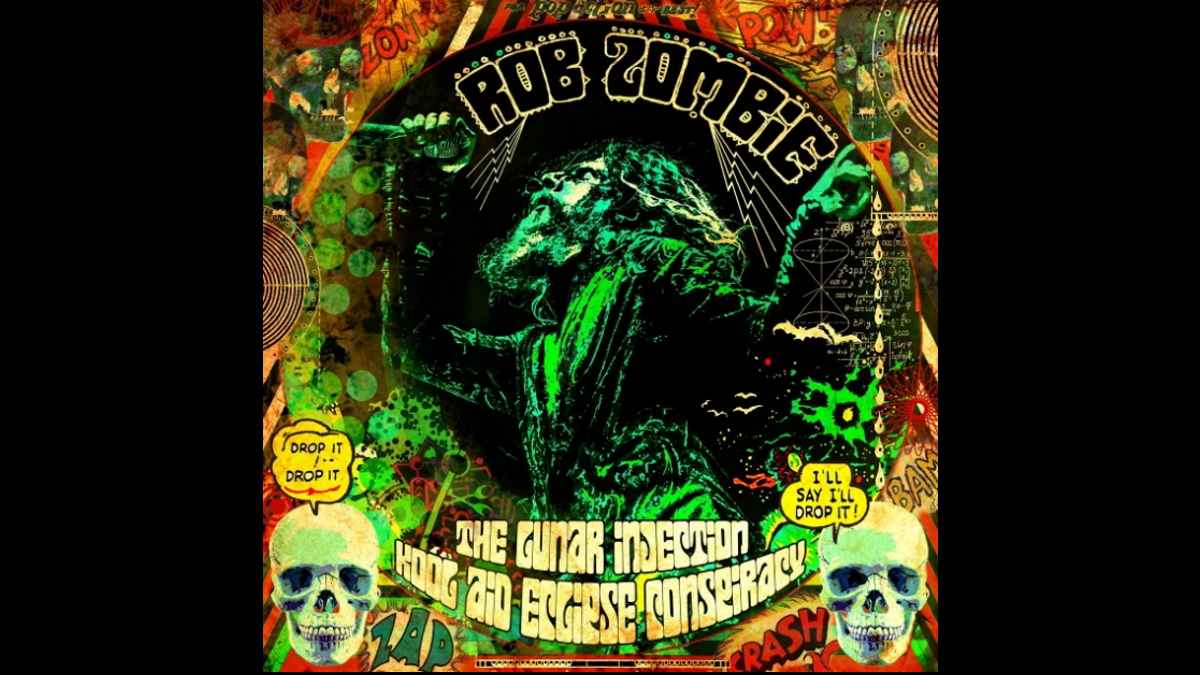 Zombie had this to say about the title of the new record, "I like to try to think of an album title that you've never heard before, even though it's probably one that you cannot remember. 'Cause nothing bothers me more than when I see the same title on multiple records. I'm, like, 'C'mon, man. There's a lot of words out there.' And I don't just string crazy stuff together, even though it sounds like it... I spend a long time on the title, and it changes constantly.

"And then, by the time the record's done, I usually have what I think might be the title. And everyone's, like, 'What's the title? What's the title?' And I'm, like, 'Ehhh... I don't know yet,' even though I do know.

"And then I start messing around with the artwork, and then I'll change the title again, because I'm, like, 'Oh, now that doesn't look like that. It doesn't fit.' So, as random as it may all seem, I spent a lot of time trying to [find the right title for the record].

"And hopefully, when you're done listening to the record, what may sound like nonsense before you hear the music, after you've heard all the music, you can think to yourself, 'Well, of course, the only thing this album could have been called is 'The Lunar Injection Kool Aid Eclipse Conspiracy'." Watch the video below: