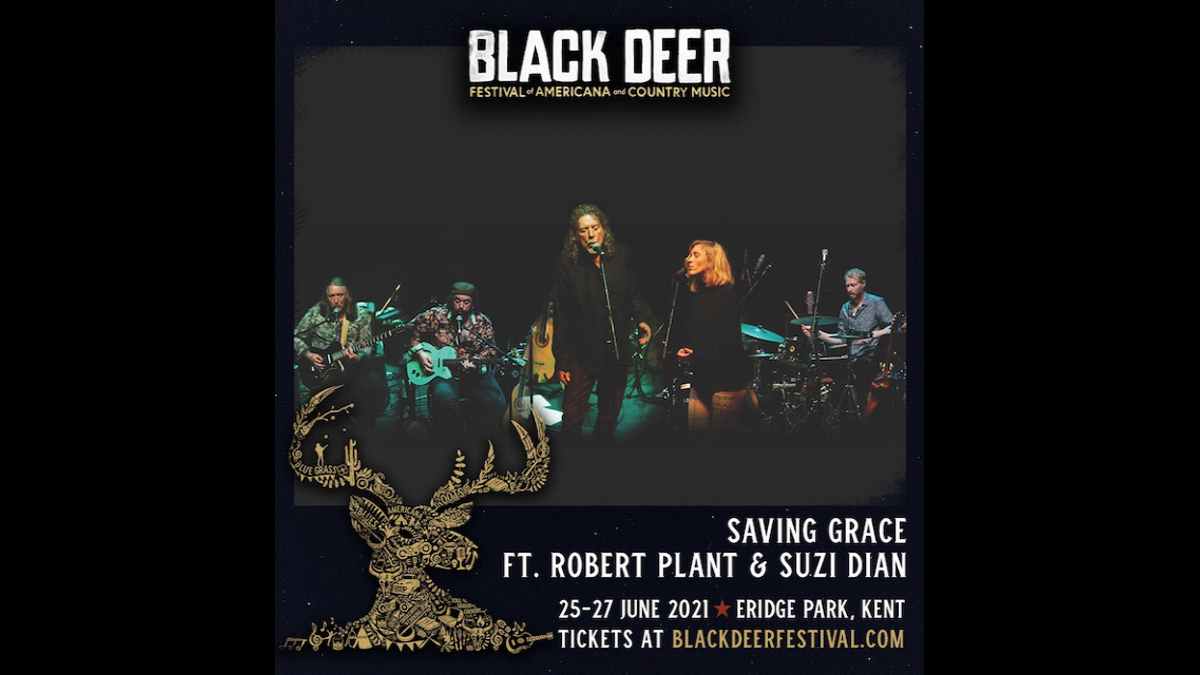 Legendary Led Zeppelin frontman Robert Plant's new band Saving Grace have been announced as a one of the headliners for this year's Black Deer Festival.

The Americana and country music focused festival will be taking place on June 25th, 26th and 27th at the grounds of one of Britain's oldest deer parks, Eridge Park, in Kent.