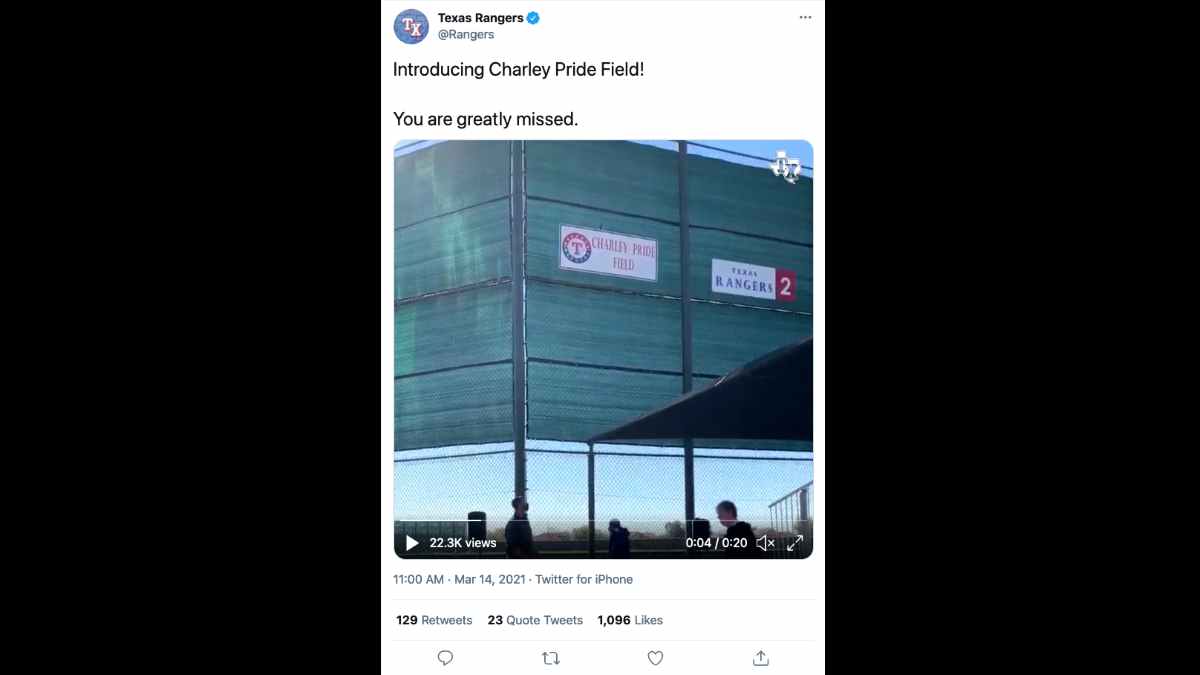 2911 sent over the following details: Pride died December 12th, 2020 from complications related to Covid-19. At the time of his death, Pride was part of the ownership group that purchased the Texas Rangers in 2010; in the decade that followed, Pride frequently visited the team, including annual stops at the spring training facility.

"Mr. Pride's first love was baseball. He pitched professionally in the Negro and Minor Leagues throughout the 1950's before embarking on his Hall of Fame singing career of more than 60 years," the Rangers said in a statement following Pride's death.

"Mr. Pride then became a regular participant at Texas Rangers spring training camps in Pompano Beach and Port Charlotte, Florida and Surprise, Arizona, working out with the team and staging an annual clubhouse concert for players and staff, a tradition that continued through this past spring." Even before assuming part-ownership, Pride was a fixture at the team's spring training.

One of Pride's final live performances was singing the National Anthem in July 2020 at the first-ever baseball game played at the Rangers' new Globe Life Field in Arlington, although the stadium was empty to do coronavirus restrictions.

"The Rangers have been honored to have Mr. Pride be a part of the team's ownership group for the last ten years. A longtime resident of this area, he was a regular at home games when his schedule permitted... Mr. Pride was a true gentleman, and we will never forget the lasting contributions he has made to the Texas Rangers organization," the team added in December.

Watch Pride's performance of the National Anthem at the Rangers 2020 season opener below:

Charley Pride To Be Remembered With TV Special