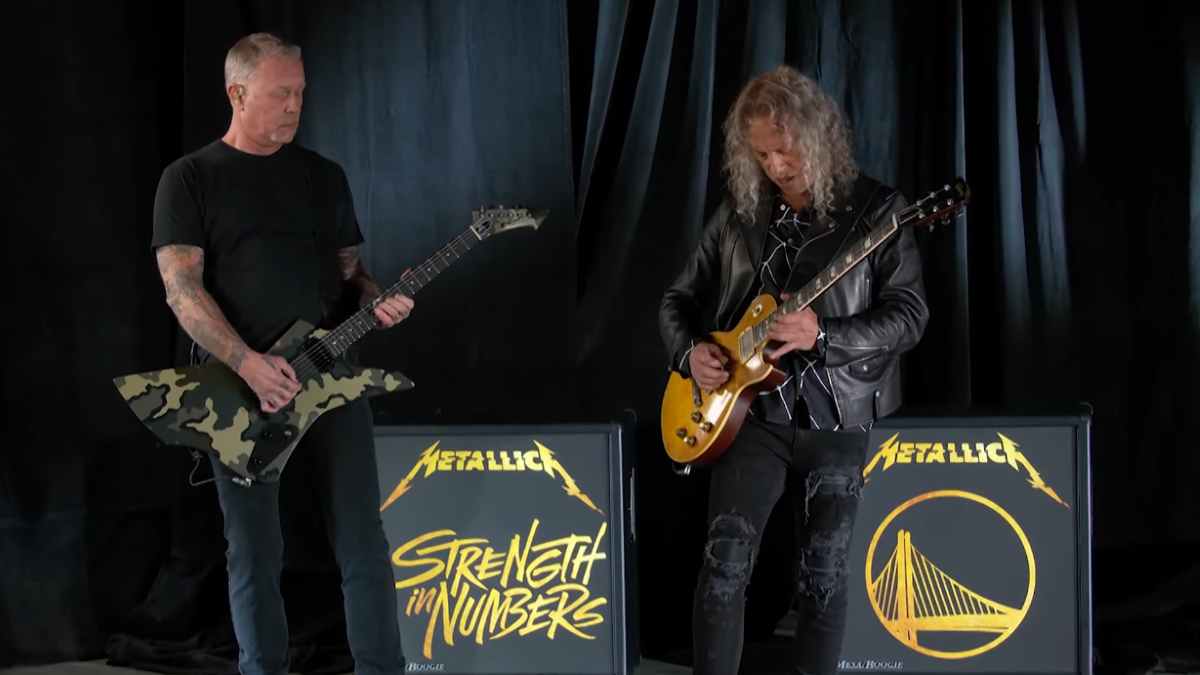 (hennemusic) Metallica guitarists James Hetfield and Kirk Hammett performed the US national anthem prior to the March 15 home game by the NBA's Golden State Warriors in San Francisco, CA.

The pair were on hand for the virtual appearance prior to the Warriors hosting their Western Conference rivals the L.A. Lakers at the city's Chase Center.

Metallica have been active lately with a series of live performances that included marking the 35th anniversary of "Master Of Puppets" on The Late Show with Stephen Colbert and a post-Super Bowl broadcast on the late night CBS program; a virtual appearance during BlizzCon 2021, and last fall's pay-per-view benefit show that mixed acoustic and electric sets.

Metallica's latest live album, "S&M2", debuted in the US Top 5 upon its release last fall; the project presents material from the group's two fall 2019 shows with the San Francisco Symphony as the pair officially opened the new Chase Center. Watch the National Anthem performance here.