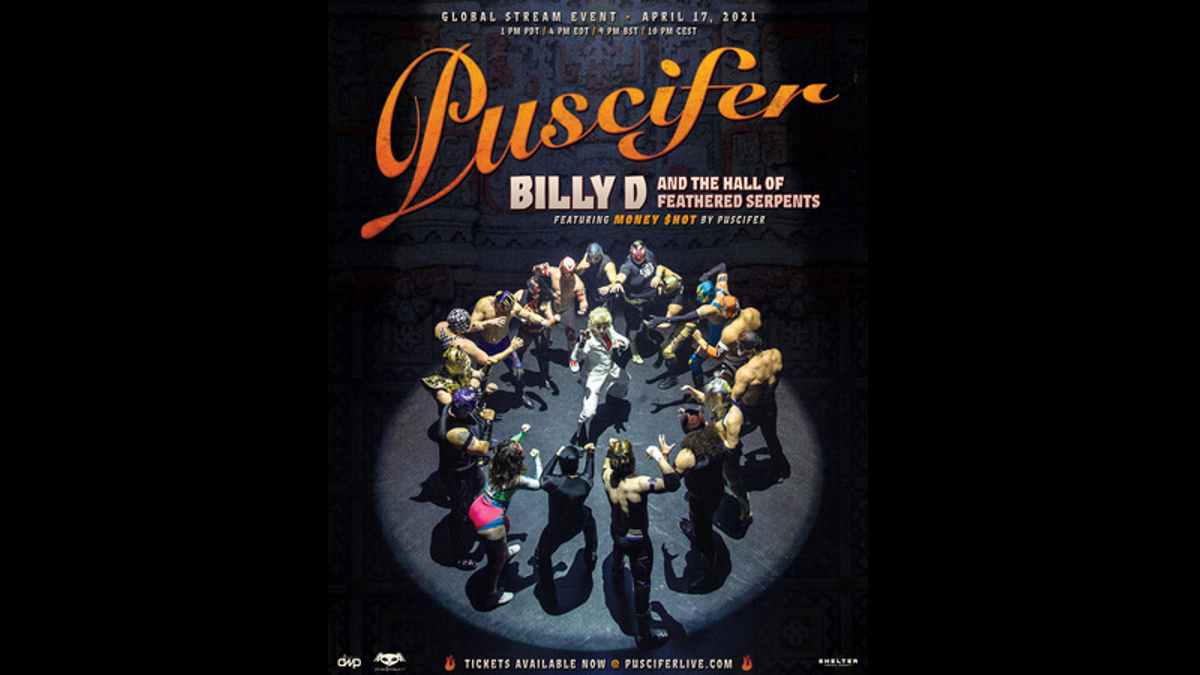 The special presentation will debuts on April 17 at 2:00 pm Pacific/5:00 pm Eastern/10:00 pm UK/11:00 pm EU and remains on-demand for 72 hours and "reprises the Luchador-infused performances surrounding the band's 2016 album, Money $hot (which will be played in its entirety)," according to the announcement.

Keenan had this to say, "In this prequel to his alleged abduction during Existential Reckoning, we find Billy D trudging through what has been referred to as the Bermuda Triangle of the Southwest.

"As is common within the Puscifer Vortex, Time and Logic have no home out here. Let that go. Just strap in for another magnificent ride through our collective Grey Matter."