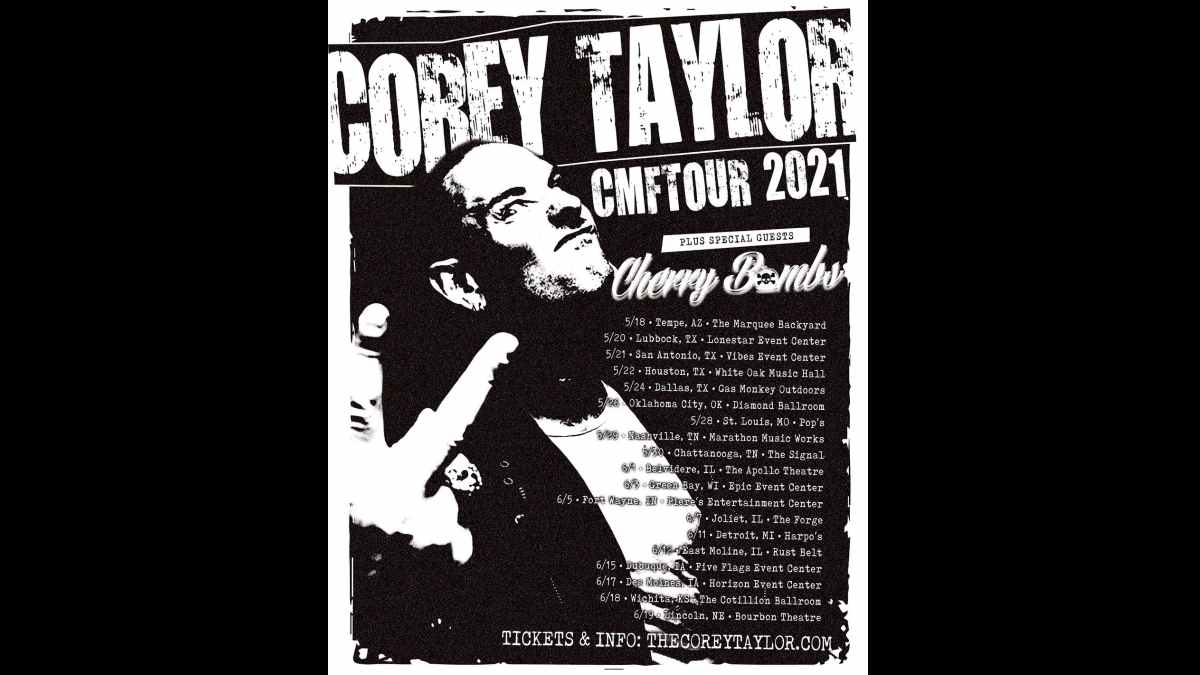 Slipknot and Stone Sour frontman Corey Taylor has announced that he will be hitting the road for a tour this spring in support of his debut solo album "CMFT".

Billed as "socially distances and Covid-19 safe", the CMFTour will include tracks from Corey's 2020 solo album, along with select songs from Slipknot and Stone Sour.

The tour is set to kick off on May 18th in Tempe, AZ The Marquee Backyard and will be wrapping up on June 19th in Lincoln, NE at the Bourbon Theatre. See the dates below: