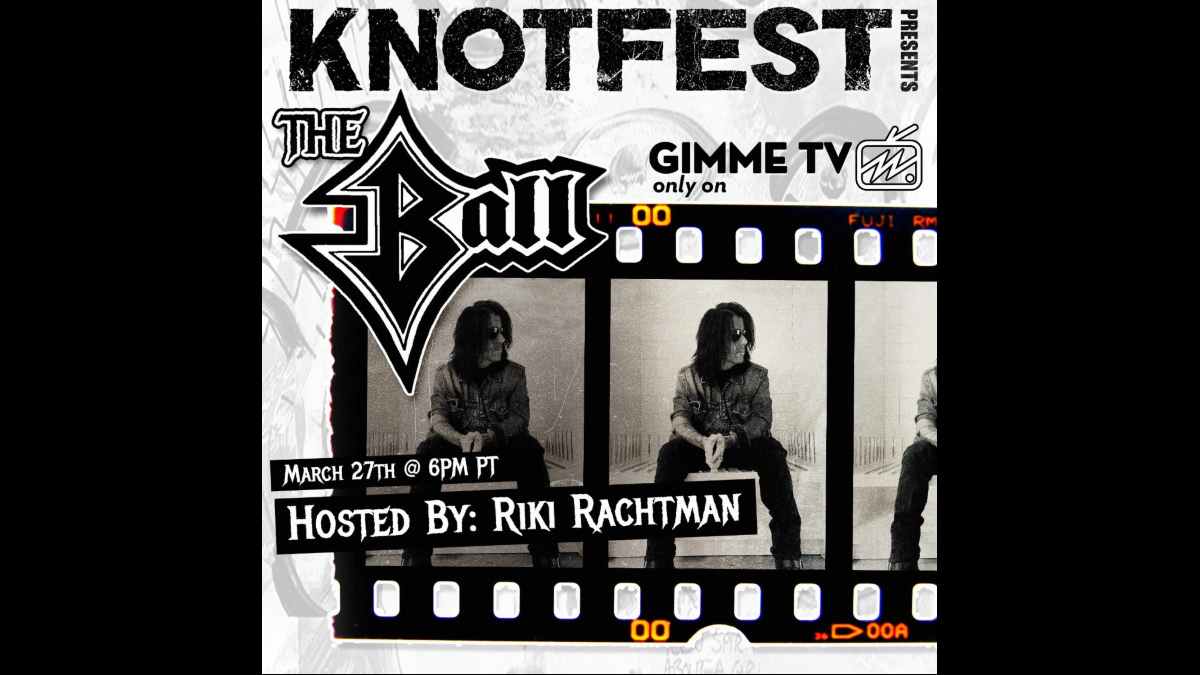 Rachtman had this to say, "I think we are all starving for something like this. There are so many great bands currently making videos that might never get the eyes watching them.

"I hear the ridiculous comments about rock being dead. I find that to be preposterous. Especially in heavy music. It is alive and the fans are rabid for it. It might be a video you haven't seen in decades or one that was just dropped. It could be a video you forgot about and watching it brings back the excitement of the first time you saw it.

"There was nothing more flattering than being stopped and told that I turned someone on to their new favorite band. I'm hoping some of the younger fans get into some of the old-school thrashers and some of us rock vets see how many great bands are out there now grinding.

"The great thing about GIMME METAL and Knotfest is we are all doing this for the right reasons. The Ball feels more outlaw. No budget; no fancy sets with greenscreen. It's all shot from my phone."

GIMME CEO Tyler Lenane added, "Just like my thirteen-year-old self, a whole generation of fans got their first exposure to metal from MTV's Headbangers Ball. From the first note of the show's theme song, Stormtroopers Of Death's 'March Of The S.O.D.,' you could be sure Riki Rachtman would play something you'd never heard before. We're genuinely excited to be able to bring The Ball to the GIMME METAL audience of metalheads."

The event will be free and available via the GIMME METAL app, grab it here.