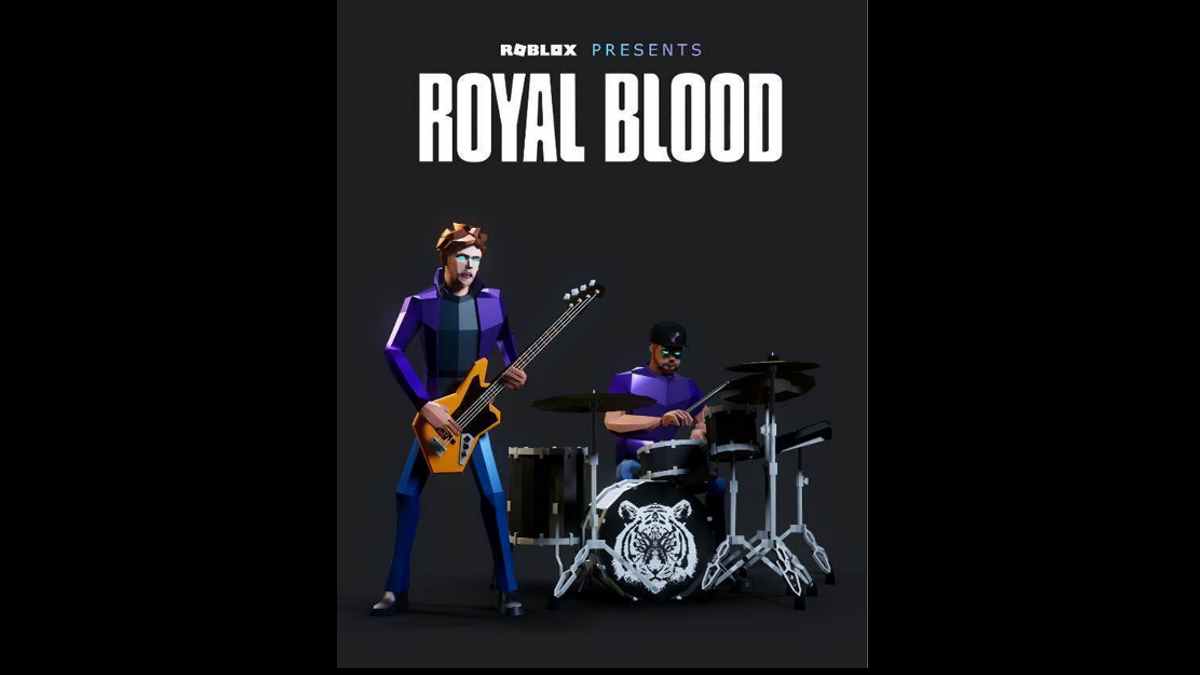 Royal Blood have announced that they will be performing a three-song virtual concert during the 2021 Bloxy Awards, which will take place on March 27th at Noon PDT on the Roblox Platform.

The special show will also mark the first live performance of Royal Blood's new single, "Limbo." Mike Kerr and Ben Thatcher had this to say, "We are thrilled to perform virtually in front of the Roblox community. This promises to be a real cosmic experience. Strap yourselves in - we look forward to seeing you there."

Jon Vlassopulos, Vice President and Global Head of Music for Roblox, said, "The creativity of the Roblox community powers the experiences on our platform, and the social connections players make while sharing these experiences are deeply enriched by music.

"We're thrilled to host Royal Blood as we celebrate the talent of our creators with the greater Roblox community in this immersive, out-of-this-world Metaverse experience."

Phil Christie, President, Warner Records UK added, "Royal Blood have always been a forward-thinking band and so it is fitting that they play inside Roblox this year and introduce a whole new audience to their incredible sound."

According to the announcement, "After the show premieres on March 27th at Noon PDT, the Bloxy Awards will replay every hour between March 27th and April 6th inside the Bloxy experience on Roblox. A full version of the show will also be recorded and uploaded to YouTube 10 days after the first show airs."