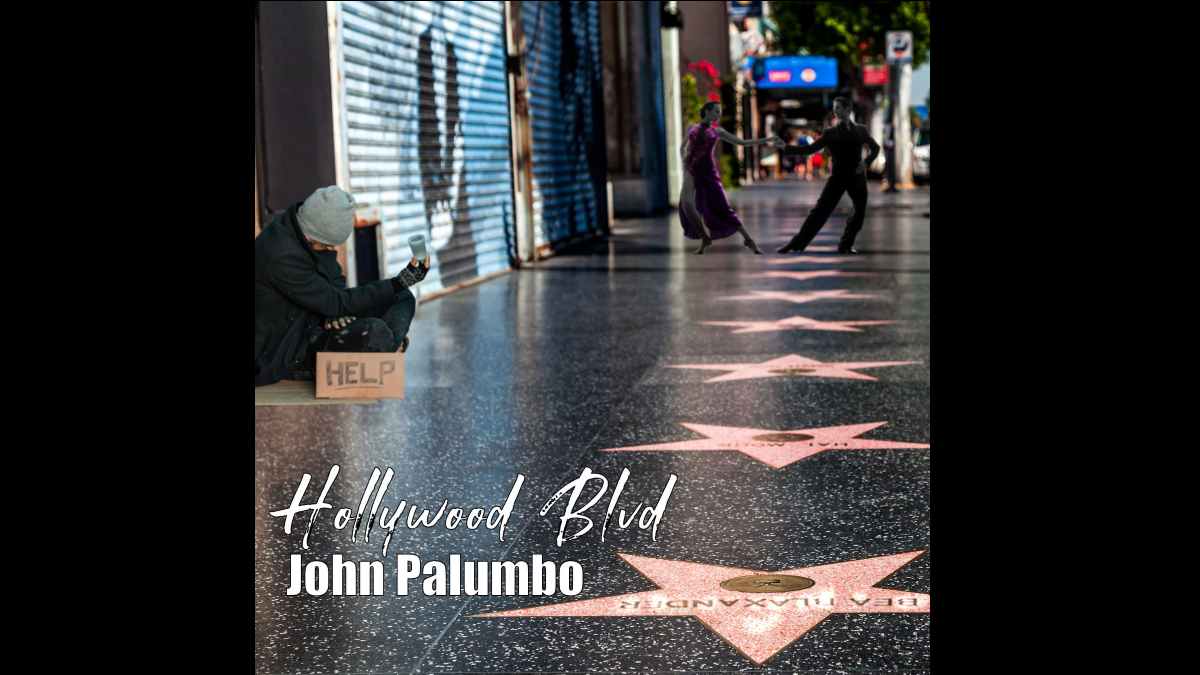 Crack The Sky's John Palumbo has shared a lyric video for his new track "Hollywood Blvd," which is the title track to his forthcoming solo album that is set to hit stores on May 21st.

Palumbo had this to say, "The best songs come out on the first try. 'Hollywood Blvd,' for example, I threw right down after establishing the groove and a proper bass line. It's as if the song actually gave birth to itself.

"Songs like these usually come as a series of random thoughts put into a rhyming pattern, and they're much more like poems than songs. Then, it's just the task of 'trimming the fat' to lay in the lyric to fit the music track.

"Rhyming can put a bit of a crunch and a restriction on things. At the same time, you're trying to make a point, you have to rhyme something with it. That really handcuffs me, so I've had to stretch the rhyming concept more than a few times." Watch the lyric video below: