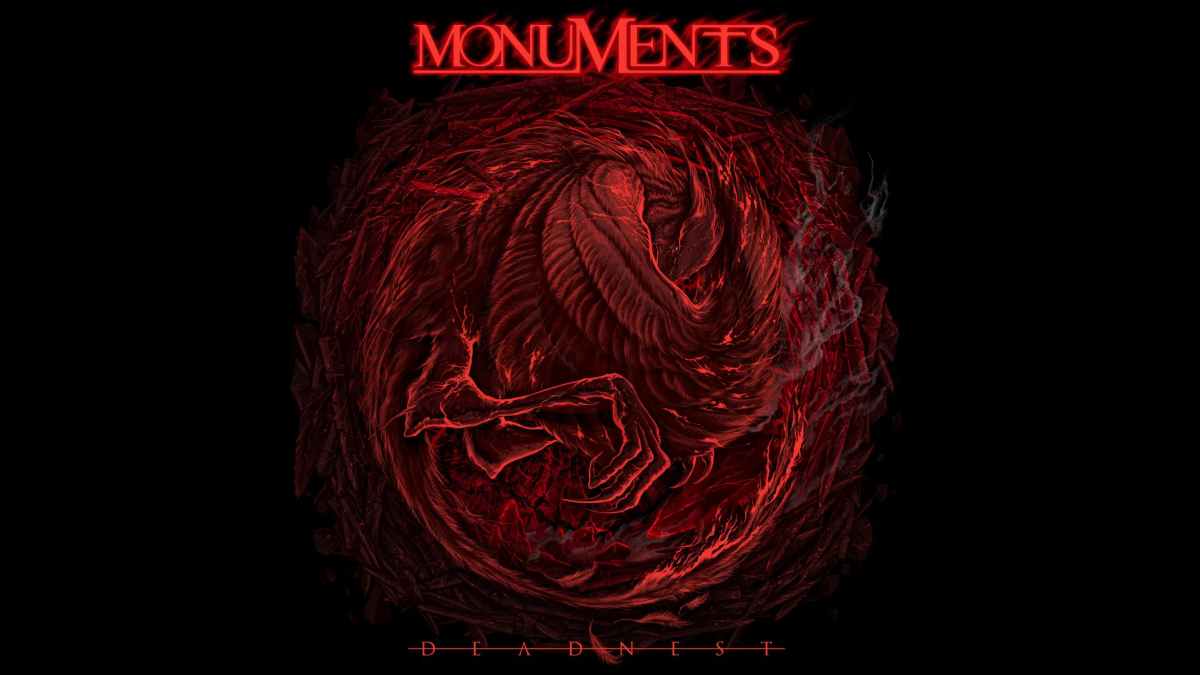 Monuments have released a visualizer video for their new single "Deadnest". The track is the band's second release featuring Andy Cizek on vocals with Mike Malyan returning on drums.

Guitarist Olly Steele had this to say, "Our last release 'Animus' focused on pop/melody so I wanted to contrast this with darker, lower, aggressive and abrasive moments for 'Deadnest'.

"Maintaining energy and momentum throughout was definitely a goal. I tried to keep myself in the headspace of a young hungry kid with a lot to prove which I believe is reflected in the technicality of the song.

"It has a major/minor feel, playing with happy and uplifting passages but also sad sounds that paint despair and take away any hope. It was inspired by a level in a video game - a nasty dark place that had no light and is completely jagged and uninhabitable, yet many creatures still called this place home.

"I found that real life has many parallels with this - sometimes the place where you are meant to feel safe doesn't provide that for you at all. Another example is with fear, anxiety and paranoia - these things inhabit you, sometimes physically, but always mentally.

"How can you escape your own mind and how can you fight something that is internal? The lyrical concepts perfectly aligned, and 'Deadnest' was born." Watch the visualizer below: