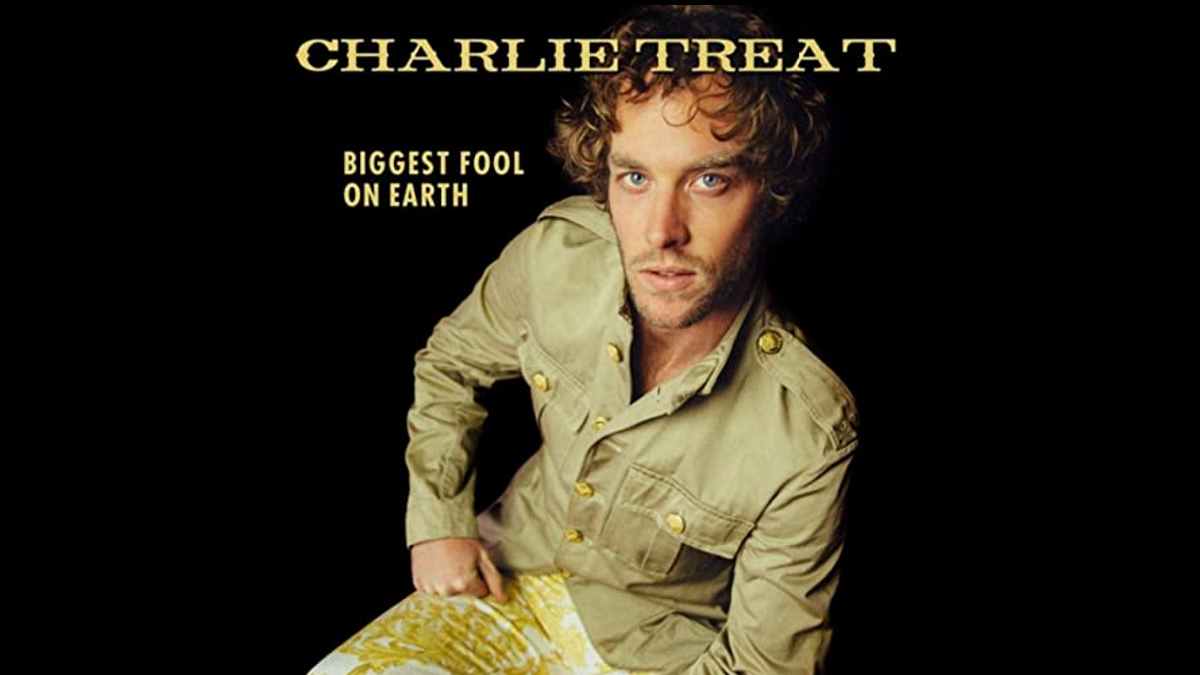 Americana star Charlie Treat just released a new album called "The Comet" and to celebrate we asked him to tell us about the song "Biggest Fool On Earth". Here is the story:

"You can always tell I'm being personal and autobiographical when I use the third person. A psychologist might have a party with that statement. I guess it's my way of protecting myself. Or someone else. Or perhaps my way of deflecting. Sometimes I think it's easier to tell the truth when you remove yourself from it.

I had been seeing a girl for three years. She was young, beautiful, smiley, selfless, she helped me with my stupid projects around the house. She could sing and act, really well too. Vibrant, wholesome, big laugh, called her dad everyday, she was the type of girl you should worship but her sweat pants and t-shirt would never ask that. She was almost too pure of heart for this world, but not in the way that she was a victim of it, more in the way that she was sweeter than it. Her heart understood even the worst transgressions against it. She was bigger than this fallen race, and 5 feet tall. She was much younger than me too, but taught me much about love. I couldn't commit. I don't know why. It wasn't the Harry Potter books on CD, or the Keith Urban songs, I wasn't ready for a family and that's the type of girl you make a whole new race with. We cried for hours when we finally called it quits, bubbling through our words, me spilling out years of unspoken truths I could never really admit to her. All the little moments mentioned in the song are things that really happened between she and I, I mean, she and him. Her dancing to the piano, her sneaking back into the kitchen, making love in a field under a meteor shower - those are all moments that she and him really shared together. This song was his way of finally admitting how much he loved her.

The Biggest Fool has gone through many different paint jobs. Originally it was stripped down, I wanted it to be as vulnerable as a Blood On Tracks song. Three chords, acoustic. The producer pushed me. So I tried a doo-wop version. No. I tried a finger picking, jazz chord, Willie Nelson version. Compelling. But Nope. I tried a slow, soulful, O'Jays version. Maybe. We stuck with that for a while. Then one summer night I was listening back to our rehearsal tapes from February. I stumbled on the Biggest Fool file from the night I first introduced the song to the band. My face came alive. It was fast, 180 bpm, staccato major 7 chords. The intro was dark and crescendoing, building pressure and then releasing into a bright and fluttering piano. It made my head bob. It was fast and simple, almost like a Dr Dre song, like a shiny yellow Cadillac bouncing down the street with smoking pouring out of the windows. The song knew where it was driving and was having fun doing it.

I remembered that night, that session: I sat down at the piano, there was no hesitation, no chords were said, no words were said, I just started playing and Q and Justin already knew the dance. They were to my left, the only ones in the room. Justin started playing that heavy handed rattling hip hop snare and Q created that signature bass line, that pounds and pulses likes a happy baby elephant. The whole song rides on that. The song would be paper thin, trash in the wind, without that bass line. By the time Jesse painted meteorites in with his slide guitar, Larry Hanson added R&B horns, we added sitar and background vocals it felt to me like you're riding a jet ski, 180 mph, with the dolphins by your side smiling at you. In the end there was a little bit of every version in the track.

Hearing is believing. Now that you know the story behind the song, listen for yourself below or stream via Spotify here