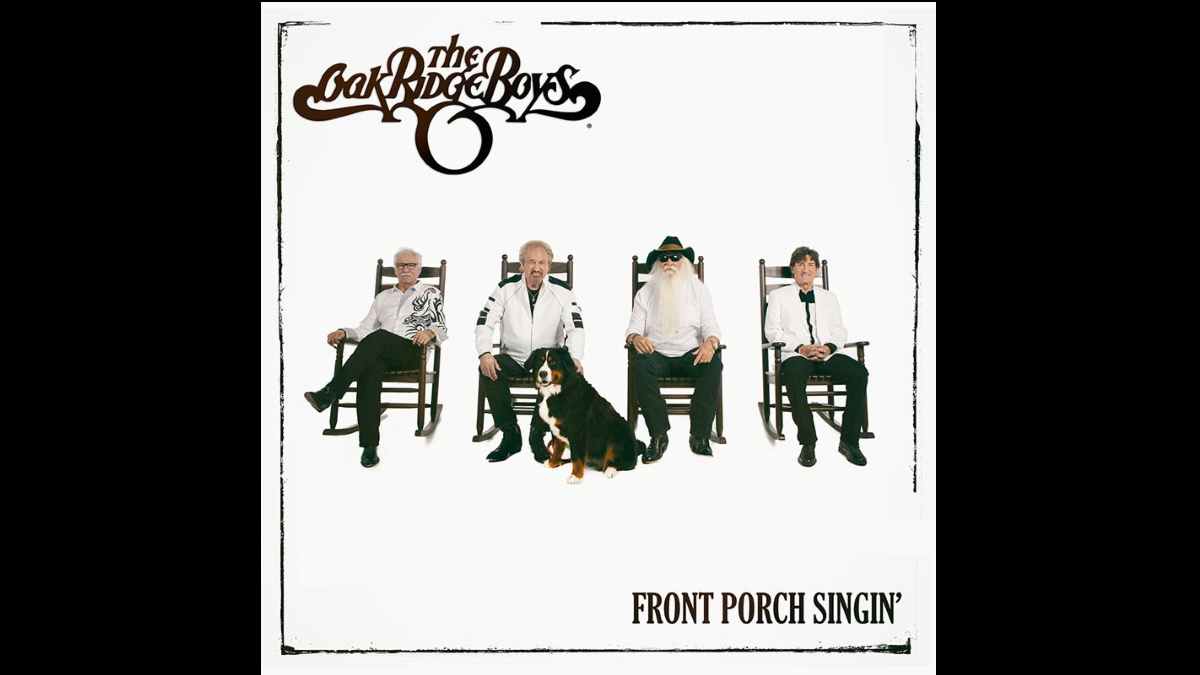 The Oak Ridge Boys have announced that they will be releasing their brand new studio album, which will be entitled "Front Porch Singin'", on June 11th.

The band once again teamed up with producer Dave Cobb for this new record and he had this to say, "I always love working with The Oaks and with this album, they've really captured the warmest feelings of home and family."

Duane Allen added, "We were sitting in the studio when David Cobb walked in and asked, 'If you were sitting on the front porch, just singing songs you know, what might you sing?' Well, we started singing The Unclouded Day... and he said, 'Let's go to the microphones.' That's how this album was recorded"

Joe Bonsall explained the record's name, "This title has become more of an attitude than anything else. What if the four of us were sitting on a porch together and someone begins to sing a favorite old Gospel song, like Swing Down Chariot, or a country and western standard like Red River Valley, and everyone else just joined in? That is what happened at RCA Studio A. But, as usual under producer Dave Cobb's leadership, this album turned into so much more.

"This project is quite honestly one of the most heartfelt albums we have ever recorded. It was a bit strange to social distance from each other in the studio, but I believe it drew us all closer and in doing so we may have inadvertently recorded the perfect project for this time period.

"These songs, whether new or old, reflect a certain optimism and a deep-seated faith that God will work all of this out as we move forward. Life is beautiful as one song says. We must embrace it and celebrate it with all of our being." See the tracklisting below: